A group of women’s rights activists renders account of how it utilised all donations received during the campaign against police brutality. 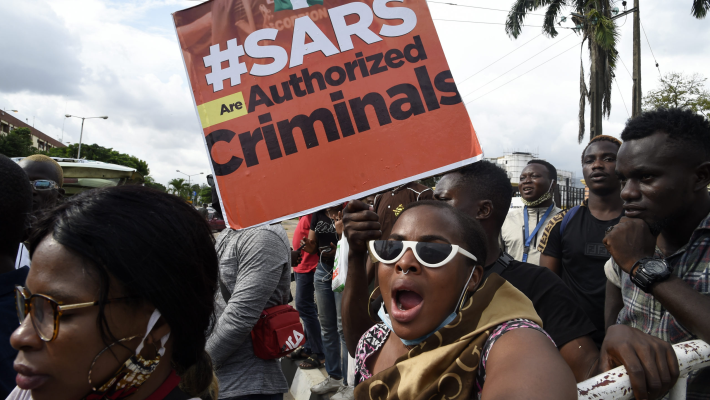 The Feminist Coalition has announced receipt of N148 million in total donations that poured in from Nigerians and friends across the world as part of the campaign against police brutality.

#EndSARS began in 2017 with Nigerians recounting how they endured years of atrocities and corruption from the now-outlawed police special anti-robbery squad, but it only shot to worldwide prominence on October 8 after citizens decided it was time to finally rid society of the unit.

More than 150 million tweets have been sent under the hashtag since October 8, and it trended at number one worldwide for three days afterwards, outstripping the prominent Black Lives Matter agitation in the United States.

Feminist Coalition, a group of women’s rights advocates, quickly deemphasised its woman-centric purpose to raise funds for the movement, including medical, legal, succour and even feeding.

After days of holding the campaign’s frontline, the group was recognised by Twitter’s Jack Dorsey, who quickly verified its handles and those of others associated with it.

The coalition also used its overnight fame to raise awareness against ill-treatment of the Nigerian LGBTQ+ community, although it later backed down after its tweet was seen by some as a distraction in a highly religious and conservative Nigeria.

As the #EndSARS comes to an abrupt end following widespread looting and vandalism instigated by armed thugs and suspected government agents, the group posted its total donation, expenditure and cash balance.

The announcement midnight showed Feminist Coalition received N147,855,788.28 in total donation from all currencies, including the naira, USD, CAD, EUR, GBP, GHS, KES and bitcoins — out of which N60,403,235 was disbursed.

The coalition said it has now stopped receiving further donations, but urged citizens to continue to support the movement in their personal capacity going forward.

The group moved its fundraiser to bitcoin and other friendly channels after encountering problems with Flutterwave, a payment solutions platform that reportedly came under government pressure for supporting the campaign against police brutality.

After allowing reports that it pulled support from #EndSARS to fester for an extended period, Flutterwave later issued a statement saying it did not come under government coercion, but failed to clarify the sudden break to link holding the donation appeal on its website and protracted restriction on the coalition’s bank account.