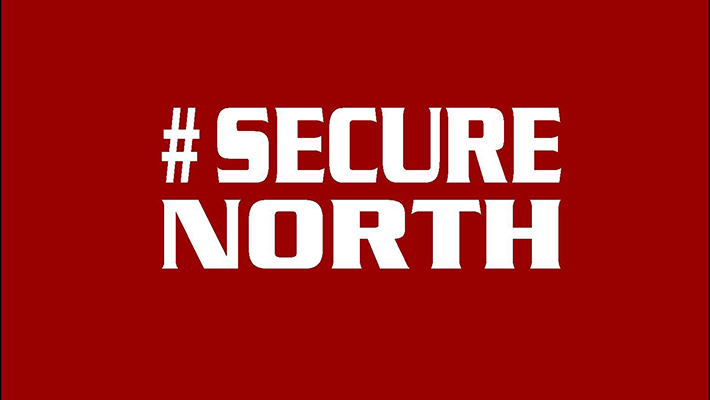 More people in the north are launching their own movement on the wave of #EndSARS protests that are currently sweeping across the country.
Political cartoonist Mustapha Bulama is one of them. He has vociferously tweeted about #SecureNorth in the last 24 hours.

#SecureNorth expresses popular dissent in the north against insecurity in the region.
While the decade-long Boko Haram crisis has displaced and killed many in the northeast, conflicts are rife in the central north between farmers and herders. The northwest is also dealing with banditry.

Saad Bako, a leader of the protesters said they will continue until they see insecurity end in the north.

“We have written a series of letters to government but the security situation keeps worsening,” he told Arise TV.

One writer Bulama Bukarti tweeted that protests in President Buhari’s northern stronghold indicate that people there are unhappy about his government.