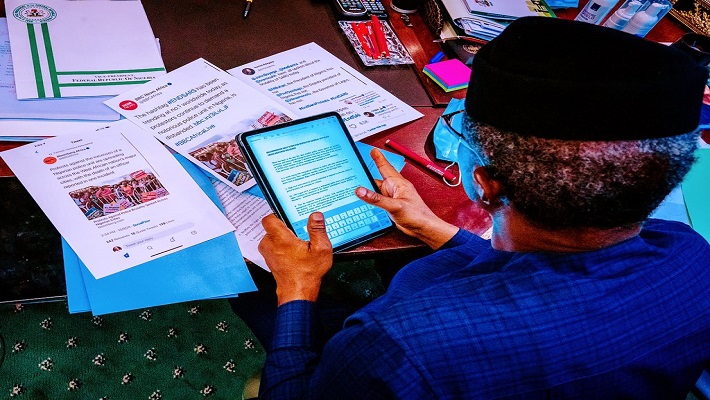 Vice-President Yemi Osinbajo has apologised to Nigerians over the government’s inaction in curbing police brutality in the country.

While describing the use of excessive force by the police as unacceptable, Mr. Osinbajo condoled with the families of Jimoh Isiaq, and other victims who lost their lives at the hands of notorious police officers.

Speaking on the raging nationwide protests, the Vice-President said, “We also understand that the issues that you’re raising are bigger than just SARS.”

“They’re deep and systemic and we’re undertaking comprehensive measures that will revamp the police by addressing issues of welfare, service conditions and training.”