Seeking to disrupt #EndSARS, armed thugs have been wreaking havoc against people and property across the country. 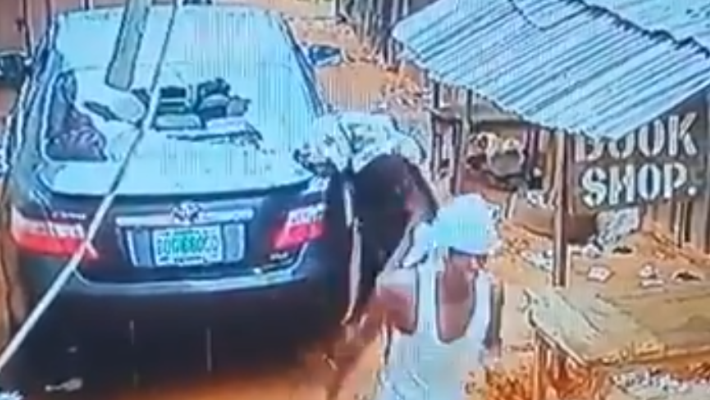 These videos were circulated on social media on Tuesday. The woman that posted them said they were of police officers destroying property in Benin, a day after Governor Godwin Obaseki declared a curfew.

The video shows how an armed police officer and others in mufti entered into a compound to smash a packed Toyota Camry. They were caught by the security camera nearby.

Some people who commented under the thread said they knew the officer at a police station in Benin.

A spokesman told Peoples Gazette the matter would be investigated to be sure that the criminals include police officers.

The footage surfaces as Nigerians are raising claims that the ongoing thug violence across the country has government’s involvement.

Thugs have killed over a dozen protesters since last week. Earlier today, they set two police stations on fire in Lagos. They also killed two protesters and injured at least 20 others in Abuja.