The four pregnant girls who were discovered in confinement were not in court neither were their ages disclosed. 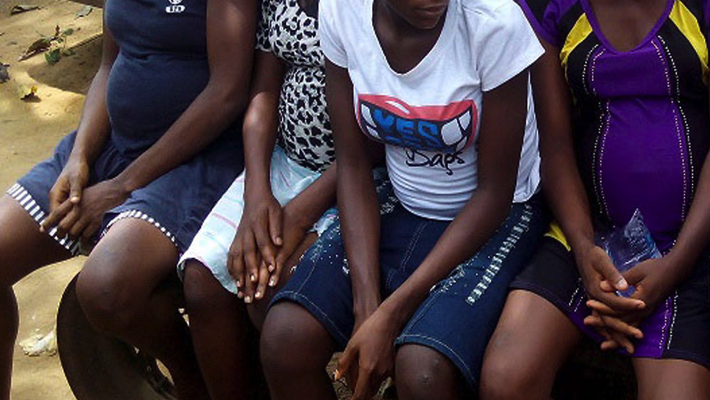 A photo of pregnant girls used to illustrate the story[Photo credit: The Guardian Nigeria]

A woman, Blessing Eze, who was arraigned on allegations that she was running an illegal baby factory, has been granted N500,000 bail by an Enugu North Magistrates Court on Friday.

She had pleaded not guilty to the two-count offence when the charges were read to her.

The prosecutor, B. I Ogbu, had told the court that the defendant and others now at large had, on June 17, conspired among themselves to confine the four girls in her house.

Mr Ogbu said that they intended to have the girls eventually give birth to babies who would be handed over to different hospitals to be sold to prospective buyers.

He said that the offence allegedly committed was contrary to Section 319 of the Criminal Code, Revised Law of Enugu State, 2004.

The pregnant girls were not in court neither were their ages disclosed.

Following the application for bail by her counsel, S.N Solomon, the Magistrate, J.N. Achi-Kanu, granted the accused bail with one surety in like sum.

Mr Achi-Kanu directed that the address of the surety should be verified and means of identification submitted to the court.

He, thereafter, adjourned the matter till August 3 for a definite hearing.

If convicted of the two-count charge, the accused is liable to seven and 14 years imprisonment respectively without an option of fine.