EU approves smallpox vaccine for use against monkeypox

Over 16,000 cases have been reported from 75 countries, with Europe accounting for more than 80 per cent of confirmed infections worldwide. 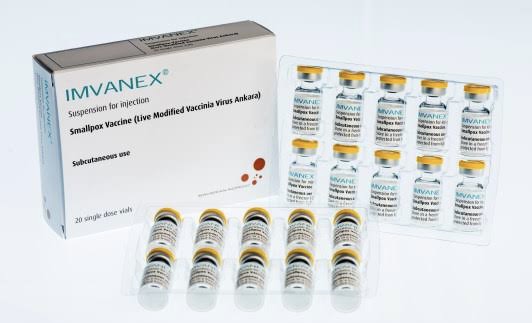 The European Union has approved a smallpox vaccine for use against monkeypox.

The Commission, in line with a recommendation by the European Medicines Agency, has extended the market authorization for the vaccine, known as Imvanex, to treat monkeypox in addition to smallpox.

“The European Commission has extended the marketing authorisation for the company’s smallpox vaccine, Imvanex, to include protection from monkeypox”, Bavarian Nordic said in a statement on Monday.

The EMA’s human medicines committee recommended the approval of the vaccine last week after reviewing data from several animal studies which showed protection against the monkeypox virus in non-human primates vaccinated with Imvanex.

In June, the body disclosed that it had received orders for 1.5 million doses of the shot from a European country and was scheduled to start deliveries in the fourth quarter.

The body had also agreed to supply the United States and Canada with almost seven million doses, with around one million doses expected to be delivered this year.

The measures by the EU follow the Monkeypox virus being declared as a Public Health Emergency of International Concern by the World Health Organization.

Over 16,000 cases have been reported from 75 countries, with Europe currently the global epicentre of the outbreak, reporting more than 80 per cent of confirmed infections worldwide.