For weeks, the revenue office failed to say why it sent nearly N1 billion to the president’s ally, throwing the payment’s legitimacy into suspicion. 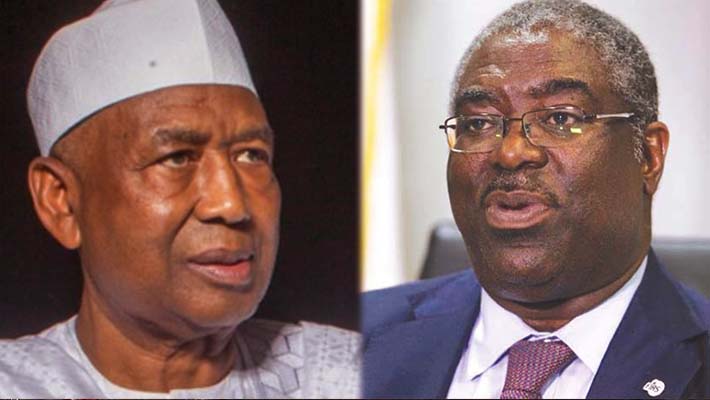 Using his company Bulet International Nigeria Limited, a small-scale construction firm out of Kaduna, Mr. Funtua received N840 million in four transactions between March and June 2019 — as Mr. Buhari was securing another four-year term, documents said. Mr. Funtua died in July 2020 at 78, but he spent his last days palling around with the president as a top gun in the so-called cabal of administration associates.

The transfers were approved by Tunde Fowler, the former head of FIRS who has been facing corruption charges stemming from his suspicious use of public funds while in office. Mr. Buhari’s critics said Mr. Fowler was one of top appointees of the president who diverted public funds to help deliver his reelection. He denies all charges for which he is being investigated by the anti-graft EFCC.

Mr. Fowler did not deny issuing approval or state his reasons for the suspicious transactions to the president’s friend when reached by the Gazette last week. Instead, he directed all enquiries relating to his questionable activities while in office to the FIRS.

FIRS spokesman Abdullahi Ahmad told the Gazette the transactions were approved as a tax refund to Bulet International, but the timeline of the transfers and his failure to respond to follow-up questions exposed his explanation as an afterthought and strengthened insiders’ claim that the N840 million was a political payout.

The revenue official also failed to explain why Bulet paid nearly N87 million to the FIRS in tax penalties in February 2019, which also reflected in the bank statement obtained by the Gazette.

Adamu Abdullahi Bako, an executive at Bulet International, initially told the Gazette that the N840 million was a tax refund to the company. But when the Gazette sent him follow-up questions to further verify his claim, he lied that he never said the payment was a tax refund — apparently unbothered that he was on the record when he made the initial claim of tax refund.

The apparent political payout to Mr. Funtua was one of many suspicious transfers made to politicians and private individuals from public coffers over several years but are now being exposed by the Gazette.

Bank documents seen by Peoples Gazette showed that Bulet, which CAC filings showed belonged to Mr. Funtua, received N840 million in four tranches. The first two transactions of N120 million each were paid on March 26, 2019 into the company’s account with Zenith Bank: 1014544715.

On June 2, 2019, Mr. Fowler’s FIRS transferred another N600 million in two tranches of N300 million each to the same Zenith account run by Mr. Funtua’s Bulet International. The transactions carried no clear descriptions in letters.

Mr. Funtua’s company did not secure a contract with the FIRS to warrant such a large volume of transfer from the revenue office. The FIRS also did not claim the transactions were for any contract awards, but told the Gazette in a statement that refunds were made to the company.

“The transaction was a refund made by the FIRS to the Bulet Construction Company as a result of the deduction of withholding tax which is usually done at source for all construction companies,” Mr. Ahmad said. “So there’s no infraction committed thereof.”

“The FIRS usually audits accounts of companies at the end of every financial year,” the official added. “Where a company over pays its statutory tax obligation FIRS refunds the excess to the company.”

But Mr. failed to provide any evidence to substantiate the FIRS’ claim that the N840 million was a tax refund to Bulet International. He also failed to respond to a series of questions sent to him.

• What years did the tax audit leading to the refund cover?

• How much did Bulet International pay in CIT and VAT for the periods?

• How much was overpaid in CIT, WHT or VAT?

• Can we get a tax audit assessment for the periods covering the audit?

• Can we get Bulet Construction CIT filing for the period?

• Can we get WHT refund letter duly signed by the coordinating director or FIRS chairman during the time the refund was approved?

For two weeks, Mr. Ahmad was unable to answer any of our questions. Mr. Bako also ducked similar set of questions from the Gazette and even lied about his own statement that the payment was for tax refunds.

At least two sources within the FIRS said Mr. Fowler made hundreds of transfers worth billions to political interests from Nigeria’s insufficient revenues — a scandalous conduct that lasted until he was fired by Mr. Buhari in December 2019.

One of our sources said Mr. Fowler was approving the payments to Mr. Buhari’s friends hoping they would help convince the president to keep him in office for a few more years.

“He had this believe that the president’s associates can help him keep his appointment for as long as possible,” an FIRS official who worked closely with Mr. Fowler said. “There were many signs that his days were numbered but he kept looking the other way.”

Funmi Olubanjo, a tax consultant, said the payment to Mr. Funtua’s firm was “highly suspicious” because the FIRS has a longstanding policy of not approving refunds, preferring instead to do deductions where there is an evidence of excesses in tax receipts from an organisation.

“I have been a consultant in and out of Nigeria for more than 18 years and I can say comfortably that the FIRS does not process tax refunds that in this manner,” Mr. Olubanjo said. “So the N840 million to Bulet International is clearly a fraudulent exception even if it is true.”

Mr. Olubanjo said Bulet International, an obscured business even in construction sector, could not have generated enough income for it to have N840 million in refunds, saying even larger conglomerates hardly post such as refunds.

Also, tax penalties imposed on Bulet for 2006-2012 was merely N87 million, which showed that the company’s gross revenue was not as significant as both FIRS and Bulet implied.

Mr. Olubanjo said FIRS’ claim that the N840 million was a tax refund “a ridiculous afterthought” because neither the revenue office nor Mr. Funtua expected the matter to leak to the public.

“They didn’t expect that their shady deals would leak to the public someday, so they carried them out with impunity rather than finesse,” the tax expert said.