Besides his arms procurement fraud, Andy Uba appeared to have committed two additional crimes for which it remained unclear whether or not he would be charged. 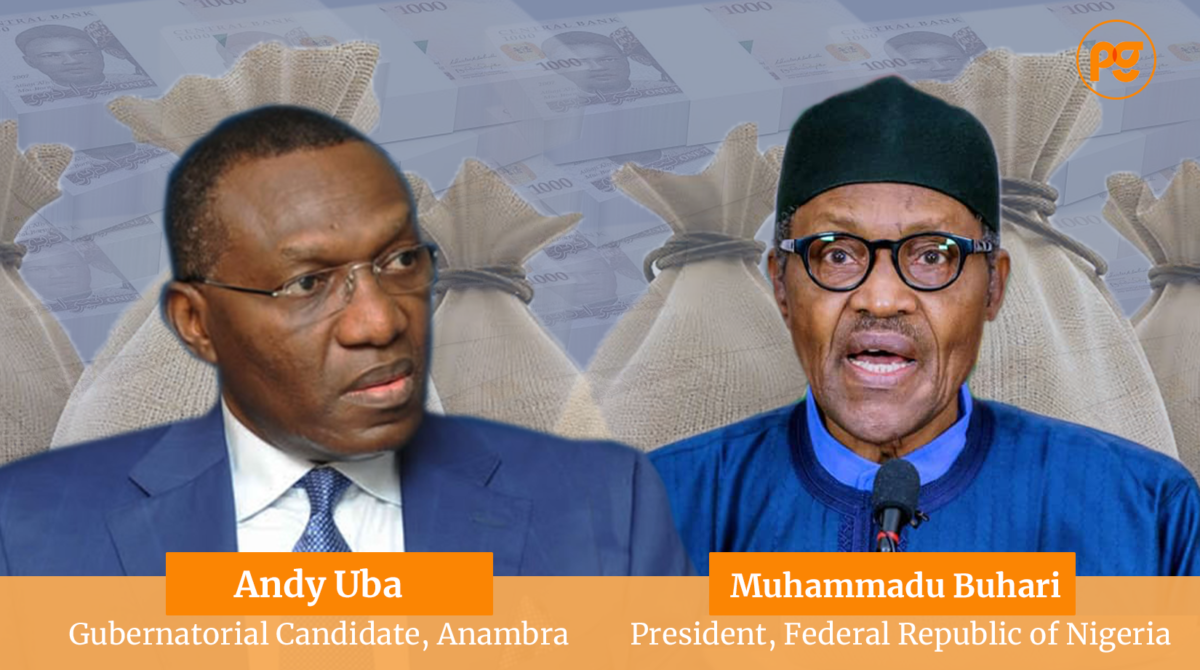 The transaction was uncovered by the investigative panel raised by President Muhammadu Buhari to probe the $2.1 billion arms purchase scandal in 2016, but the presidency ordered members of the panel to expunge Mr Uba’s name from indicted individuals and entities, according to two sources familiar with the matter.

Bank records obtained by The Gazette showed how the Office of the National Security Adviser paid Southland Associates Ltd N2,440,959,000 through its Zenith account number 5070363103 via the CBN on November 8, 2014. Southland Associates registered with the Corporate Affairs Commission (CAC) on June 12, 2001, by Mr Uba, registration documents said.

Although a transfer instruction emanated from the disgraced former NSA Sambo Dasuki, the purpose of the transaction was not disclosed. But one of our sources said Mr Uba had told the NSA he could use Southland Associates, a company registered as an oil and gas business, to supply military peripherals. He, however, failed to supply the equipment.

Instead, Mr Uba started transferring the money from Southland Associates’ account into other bank accounts run by himself and proxies, records show. Months preceding the N2.4 billion transfer, Southland Associates had less than N24 million in its account, indicating that it was not in any consequential business prior to the windfall from funds originally earmarked for the Boko Haram war.

Mr Uba transferred some of the funds abroad to maintain an aircraft, records said. On October 2, 2014, N40.9 million was sent abroad for insurance of aircraft title services; while N41.8 million was sent for the same purpose on December 12, 2014.

Also in 2014, Mr Uba transferred N372.8 million to a company named Just T-Shirt for undisclosed purposes but apparently part of a rush to deplete the N2.4 billion.

On August 24, 2015, three months after assuming office as president, Mr Buhari raised the Committee on Audit of Defence Equipment Procurement in the Nigerian Armed Forces as part of his promise to “stamp out corruption and irregularities in Nigeria’s public service.”

But when members of the panel in the months after their inauguration uncovered fraud that involved Mr Buhari’s ally, the presidency moved to hush it up. Only members of the opposition and other strong critics of the regime were arrested, charged and commonly held arbitrarily for months in defiance of court orders for their release on bail.

Mr Uba was amongst those whose roles in the fraud were concealed. Abdulrahman Dambazau, a former chief of army staff and Mr Buhari’s interior minister 2015-2019, and Tukur Buratai, the chief of army staff between July 2015 and January 2021, were also protected from being charged with fraud, our sources said.

A source said the presidency concealed Mr Uba’s involvement because he was seen as the president’s “main enforcer in the South-East,” where the administration is largely seen as unwelcome for its sectional agenda.

Mr Uba did not return requests seeking comment between Thursday morning and evening.

Presidential spokesman, Garba Shehu, did not deny that the presidency shielded Mr Uba from the arms probe. Instead, he directed all enquiries to Mr Uba. A spokesman for the CBN did not return a request seeking comments about the bank’s involvement.

The Gazette had in September reported how the United States seized about $6.1 million of the arms procurement funds after a hired arms supplier pleaded guilty to charges including illegal dealing in military-grade weapons and money laundering.

Details of Mr Uba’s failure to declare Southland Associates, the N2.4 billion windfall from the CBN, and the cover-up by the presidency were anonymously sent to The Gazette by someone who claimed to be close to the politician. The files, attached in two successive messages, were sent overnight to the anonymous tips email listed on The Gazette’s website.

Our reporters conducted additional checks that further corroborated the tips as genuine and comprehensive. Besides his involvement in the arms procurement fraud, Mr Uba appeared to have committed two additional crimes for which it remained unclear whether or not he would be charged, documents reviewed by The Gazette indicate.

Mr Uba registered Southland Associates in 2001 when he was special assistant on special duties and domestic affairs to President Olusegun Obasanjo. While senator from 2011 to 2015, Mr Uba continued to run Southland Associates, according to bank documents, in violation of the Nigerian Constitution which prohibits public servants from engaging in private businesses.

Part I, Fifth Schedule, Section of 2 (b) of the 1999 Constitution said that “a public officer shall not, except where he is not employed on full-time basis engage or participate in the management or running of any private business, profession or trade.”

In his asset declaration for 2011 and 2015, Mr Uba listed Sentrex Industry Limited, acquired in 2007 in Ibadan and valued at N400 million, as his company. He also admitted ownership of Linc Nigeria Limited with a tank farm in Calabar.

The two were the only companies the Anambra politician said he owned when he swore under oath before the High Court of the Federal Capital Territory, Abuja.

Mr Uba failed to declare Southland Associate to the Code of Conduct Bureau (CCB) in both 2011 and 2015, as well as in 2019 when he declared his assets after leaving office. Non-disclosure of assets is a violation of the code of conduct law for public officeholders.

The APC candidate also did not respond to requests seeking to know why he failed to list Southland Associates in his CCB asset declaration and if he is aware that running a private business as an elected senator is an offence.

The APC candidate was in 2008 barred from entering the United Kingdom over allegations of corrupt practices.

Authorities in the United Kingdom on December 2, 2008, said Mr Uba will not be allowed to enter the country on the basis of his poor “character, conduct, and association with fraud and other criminal activities.”

“Your presence in the UK would not be conducive to the public good and the Home Secretary has decided that you should be excluded from all territories of the United Kingdom,” a letter to Mr Uba said. In 2017, Mr Uba was accused of certificate forgery.

While serving as Mr Obasanjo’s aide, Mr Uba had faced allegations of laundering hundreds of thousands of dollars into the U.S. using a presidential jet. He denied the allegations.

Mr Uba has focused his campaign message on the need to return Anambra to its days as the economic nerve centre of the Igbo-dominated South-East. He vowed to end raging secessionist agitation driving insecurity in the state and combat endemic corruption.