EXPLAINER: How government clampdown on internet works and how it can be bypassed

The VPN server sends data to the website a user wants to visit and hides their traffic from your network provider. This allows them to visit sites that could have been previously restricted. 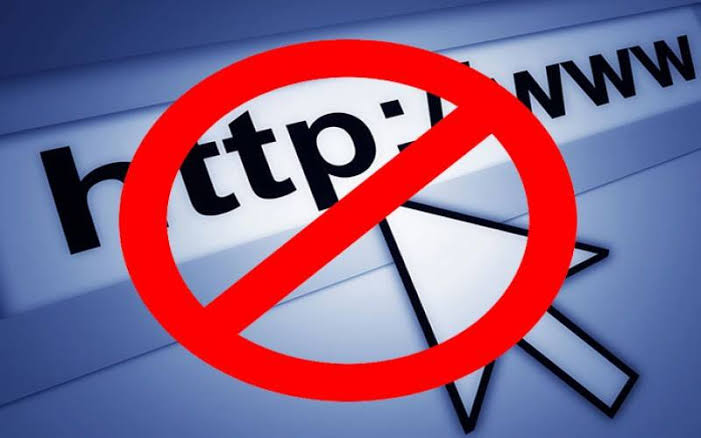 Nigeria has joined the ranks of Uganda, India, Venezuela, Benin, and Liberia to enforce restrictions on social media and internet usage by its citizens, thereby affecting their freedom of expression.

The shutting down of the internet by governments in a bid to control the masses and quell dissent is hardly a new concept. In 2019, there were 213 documented shutdowns globally. In January, Uganda ordered the shutdown of social media and messaging apps ahead of its presidential elections.

A government-sponsored internet shutdown is where the government intentionally disrupts the internet or mobile applications in an attempt to control what people say.

This disruption could either be partial or full. In cases of partial disruption, the government could instruct internet service providers (ISP) to restrict or block traffic to particular sites. The most commonly affected platforms of a partial shutdown are social media sites.

This is what the Nigerian government has done with the directive from the Minister of Information and Culture, Lai Mohammed, asking the National Broadcasting Commission (NBC) to begin licensing social media apps such as WhatsApp, Instagram and Facebook.

However, in the case of a full disruption or an “internet blackout”, the government would direct network providers in the country to shut down the internet, thereby rendering internet-dependent services inaccessible and effectively unusable. This is normally used as a last resort in dictatorships to control the flow of information.

However, to bypass the restrictions, individuals can make use of VPNs or Virtual Private Networks, which is a secure link between two or more devices. The network provides an encrypted connection from a device to the internet by connecting to the VPN server and moving all their browsing traffic through it.

The VPN server sends data to the website a user wants to visit and hides their traffic from your network provider. This allows them to visit sites that could have been previously restricted.

VPN can be used to bypass geographic restrictions on websites, audio or video streaming, bypass government restrictions on certain apps, protect users from risky Wi-Fi connections and hide the location of the users.

To understand what VPNs do, one needs to know what happens when they browse the internet without one.

With a VPN however, instead of sending

data directly to the website, they first send it to a remote server and redirect it to the website. This way, the website receives your traffic as coming from a different IP address and location (the location of the VPN server).

Why is this a problem?

With this data being unprotected, the network provider or everyone who has access to their systems can sell the data or give it to the government who can, in turn, block their access to the internet, hackers can also intercept the traffic and figure out vulnerabilities that can be used to attack them.

There are certain factors to look out for before choosing the right VPN service to use in Nigeria, these factors include the services data policies, cost, server locations and ease of use.

Some VPN services claim they don’t store user data or clear information about the kind of data they store and what laws they are bound by, other VPN services allow users to access diverse location options and give them freedom to access content from more locations.

It is also important to pick a VPN that allows a user to link the same account across multiple devices to ensure that they’re protected.

For cost, some VPN services offer their services for about $10/month, like Nord VPN, Strong VPN and Express VPN, though many of the apps offer free trials like Windscribe. Certain browsers may also be used to bypass the restrictions, such as the Tor Browser or Opera, which comes with an inbuilt VPN option.