FCT police to prosecute 98 scavengers over theft of manhole covers

The FCT police command said the suspects were responsible for pulling out manhole covers on major roads in Abuja. 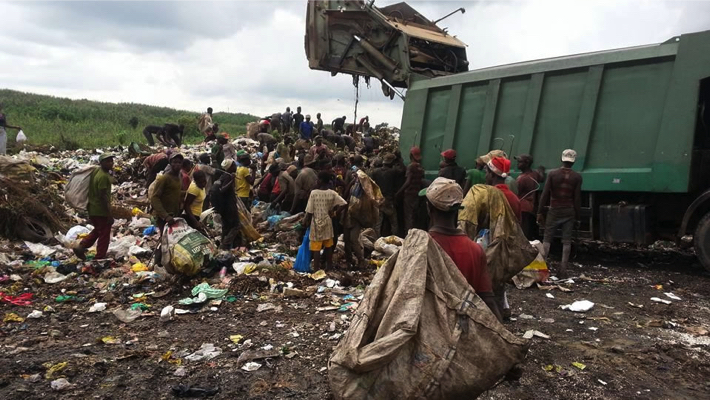 A photo of Scavengers used to illustrate the story

Police in the Federal Capital Territory has arrested 98 scavengers, popularly known as “Babanbola”, for criminal activities in different parts of the FCT.

Ben Igwe, the Deputy Commissioner of Police in charge of Operations in the FCT, disclosed this during a press conference on Monday in Abuja.

He said the suspects were arrested Sunday night following a ban on activities of scavengers by the Commissioner of Police in charge of the FCT, Babaji Sunday.

Mr Igwe said the ban was to rid the FCT of activities of criminal scavengers, who take advantage of scavenging to commit crimes and constitute threats to residents.

He said scavengers have no reason being in the FCT, because they are in the territory without genuine means of livelihood.

“We have told them to relocate to wherever they are coming from because they have no reason being in the FCT since they have no genuine means of livelihood.

“They take advantage of scavenging to commit crimes in different parts of the territory and this cannot be tolerated in the FCT.

“We have resolved to get rid of them and we will not relent in our efforts until they are no longer on the streets of Abuja,” he said.

Mr Igwe added that the suspects were responsible for pulling out manhole covers on major roads in Abuja.

He said exhibits recovered from them included sharp objects, manhole covers, and other incriminating items, and promised that the suspects would be investigated and charged to court.