The electricity consumers, in separate interviews in Abuja on Monday, decried the poor power supply to their homes and business premises. 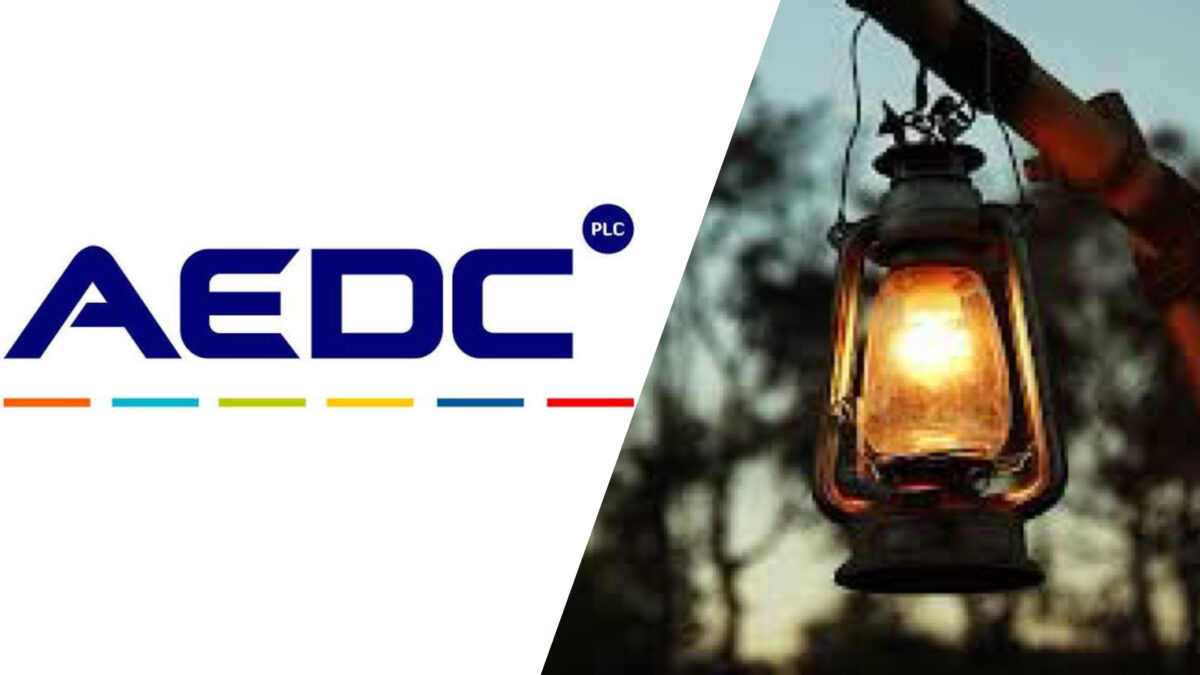 AEDC and lantern used to illustrate the story

Business owners and some residents in the FCT have lamented poor service by the Abuja Electricity Distribution Company (AEDC) while appealing to the company to ensure improved power supply to ease their business operations.

The electricity consumers, in separate interviews in Abuja on Monday, decried the poor power supply to their homes and business premises.

According to them, they are only supplied power for five hours in a day.

Ifeoma James, a fashion designer resident in Karu, said that the situation was terrible as she had to rely on generators to operate her business.

“We don’t get electricity for up to five hours a day. I have to depend on generators and to even get fuel to power it is difficult as most filling stations don’t sell in gallons.

“I usually buy from black market most times and it has not been easy and I don’t want the light issues to affect my business.

“I want to appeal to the AEDC to do something about the poor power situation speedily’’ she said.

However, Ezekiel Solanke, a barber in Abacha Barracks, Asokoro said that the situation in his area was a bit fair as they were supplied power during the day, while at weekends, it was not constant.

Mr Solanke said that he preferred to have light at weekends and not during the day because he would be busy at work.

Also speaking, Maria Okojie, a caterer residing in Nyanya said that electricity was not too regular in her area.

According to her, they only have light for only four to five hours a day and sometimes they don’t get light for a whole day.

“I am appealing to AEDC to improve power supply to the area to enable me run my business effectively.’’

Felicia Adeyemi, a hairdresser resident in Nigerian Air Force (NAF) Valley Estate, Asokoro, told NAN that electricity had been regular in her area.

Amadu Sule, a welder in Asokoro also corroborated what Ms Adeyemi said, but, however, said while some areas were enjoying constant power supply, others were not.

The management of AEDC had recently said that it was embarking on 40 quick-win projects geared toward rehabilitating its network to improve electricity.

The Managing Director of AEDC, Adeoye Fadeyibi, in a statement said that the projects ranged from deloading the overloaded feeders.

Other projects embarked upon by the company, he said included the purchase of 81 new distribution transformers and repair of 78 existing ones.

Mr Fadeyibi said that AEDC was also carrying out major maintenance on its 34 power transformers.

He said that the company was in various stages of discussions with some power developers capable of giving them within a few months a good level of embedded power generation.

According to him, the generation is to boost and complement whatever we get from the national grid.

He said the project was being undertaken with the sole objective of quickly improving supply of power to franchise areas, especially to Metropolitan FCT.