The minister accused Twitter of ignoring tweets from the leader of Indigenous People of Biafra, Nnamdi Kanu and #ENDSARS campaigners. 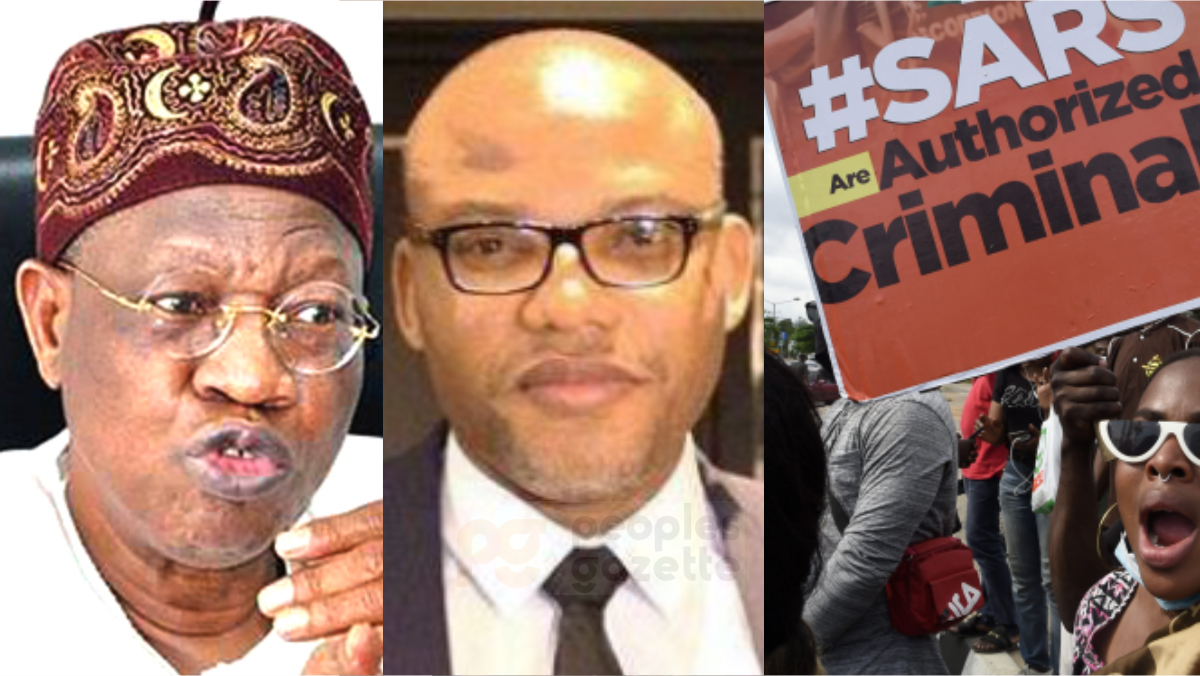 The federal government has cried foul over the deletion of President Muhammadu Buhari’s “genocidal tweets,” alleging that the popular social media platform was displaying double standards.

Mr Buhari, in a series of tweets on Tuesday, via his verified Twitter handle, @MBuhari, had made thinly veiled threats to the people of the South-East region, just days after the remembrance of the Civil War of 1966-70, where over three million Igbo civilians were murdered, many of them rounded up and shot at close range or starved to death.

The now deleted tweets read, “many of those misbehaving today are too young to be aware of the destruction and loss of lives that occurred during the Nigerian Civil War. Those of us in the fields for 30 months, who went through the war, will treat them in the language they understand.”

The president’s tweet followed widespread attacks on the country’s electoral body’s facilities in the region, such as the one on electoral office in Imo.

Twitter, however, later deleted the tweet when Peoples Gazette sought further clarification after the company initially held that Mr Buhari’s tweet did not violate it rules.

Mr Mohammed said “Twitter may have its own rules; it’s not the universal rule. If Mr. President, anywhere in the world feels very bad and concerned about a situation, he is free to express such views. Now, we should stop comparing apples with oranges. If an organisation is proscribed, it is different from any other which is not proscribed.”

He made his comments while addressing State House correspondents at the Presidential Villa, on Wednesday.

The minister accused Twitter of ignoring tweets he deemed inciting from the leader of Indigenous People of Biafra, Nnamdi Kanu, as well as others made during the #ENDSARS protest, which he claimed led to the destruction of government properties. He wondered why the social media found the President’s tweets offensive.

Mr Mohammed also added that “an organisation that gives directives to its members, to attack police stations, to kill policemen, to attack correctional centres, to kill warders, and you are now saying that Mr President does not have the right to express his dismay and anger about that? We are the ones guilty of double standards.”