FG will take over Ebonyi’s University of Medical Sciences: Buhari

President Muhammadu Buhari says the federal government will take over the management of the University of Medical Sciences, Uburu, Ebonyi. 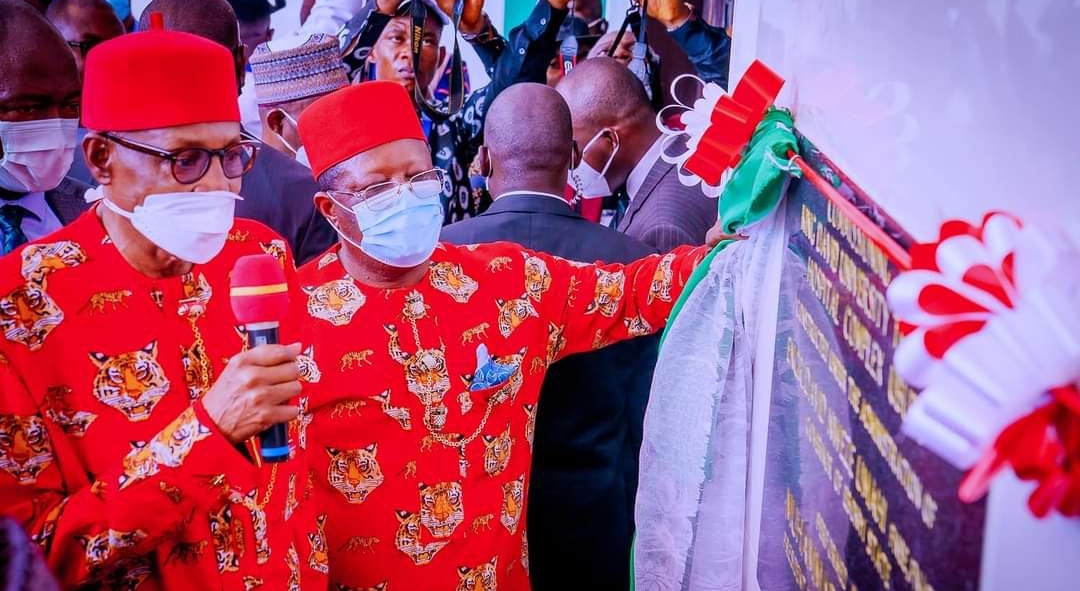 President Muhammadu Buhari says the federal government will take over the management of the University of Medical Sciences, Uburu, Ebonyi.

The president announced this at a state dinner in his honour on Thursday in Abakaliki, in line with an initial request by Governor Dave Umahi of Ebonyi.

According to the president, the process for the change of ownership of the university is on and ‘‘will be concluded soon.’’

On the request by the governor to buy airport equipment valued at N10 billion, Mr Buhari promised to find out the position of the aviation ministry aviation.

Mr Buhari thanked the state for the honour of naming the Ebonyi airport and magnificent four-way light tunnel after him.

He expressed confidence that the facilities would further the frontiers of economic development in Ebonyi.

Mr Buhari, who assured the government and people of Ebonyi of the support of his regime to enable the governor to accomplish his vision for the state, thanked them for the reception accorded him during his two-day visit.

”Thank you for keeping faith with our administration’s development programmes and the manifestoes of our great party, the All Progressives Congress (APC),” he said.

The president recounted that the last time he visited Ebonyi in 2017 in the second quarter of the first tenure of Mr Umahi’s administration, he witnessed ”the commencement of mind-blowing projects.”

”I saw in Governor Umahi a strong desire to change the narrative of the State and meet the aspirations of the founding fathers. I was enthused by Your Excellency’s vision to create the needed environment and raise the economic status of the state,” explained Mr Buhari. ”I remember with pleasure, the hospitality that I received, how I was given a chieftaincy title as ‘Enyioha I of Ebonyi State’ and ‘Ochioha I of South East’ by the Traditional Rulers of Ebonyi State and South-East respectively.”