The victim revealed that one of the suspects took him to a particular location where he threatened him with a knife and tied his hands. 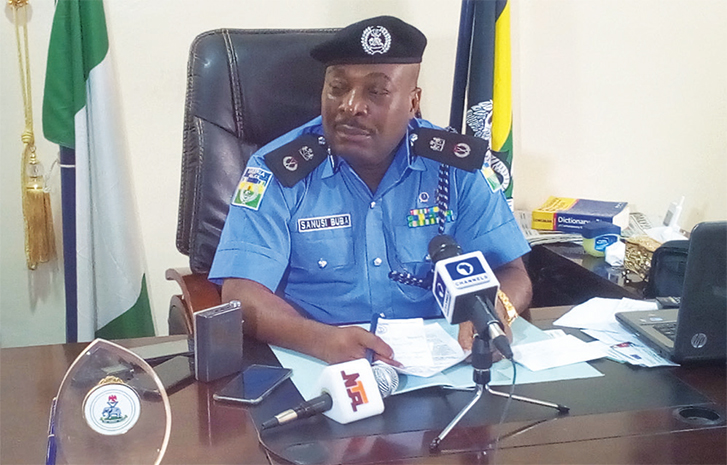 Five male suspects have been arrested for allegedly raping a 17-year-old boy in Katsina State.

The spokesman of the police in Katsina, Gambo Isah, made this known to newsmen on Friday in Katsina.

“On July 27, the command succeeded in busting a notorious syndicate of suspected sodomists who, at different intervals, had an unlawful carnal knowledge of a 17-year-old boy against the order of nature.

“The victim revealed that one of the suspects took him to a particular location where he threatened him with a knife, tied his hands and had unlawful carnal knowledge of him against the order of nature.

“He further disclosed that all the other suspects did the same in different places and intervals. The victim also mentioned six other suspects who are presently at large,” the Katsina police spokesman, Gambo Isah, said.

He said that investigation was ongoing to arrest the fleeing suspects.

In another development, Mr Isah said that the command had recovered 15 wheelchairs donated to people with special needs by the governor, which were sold.

According to him, the wheelchairs were bought by the Masari Foundation at N70,000 each but were sold at N7,000 each.

Mr Isah also said that the command had busted a notorious syndicate that specialised in terrorising residents of Batsari Local Government Area of the state.

“We were also able to arrest a 27-year-old notorious female gun runner at Baranda village of Batsari LGA and recovered the sum of N2.5 million in her possession, suspected to be proceeds of arms supplied to bandits in Kaduna State,” Mr Isah added.