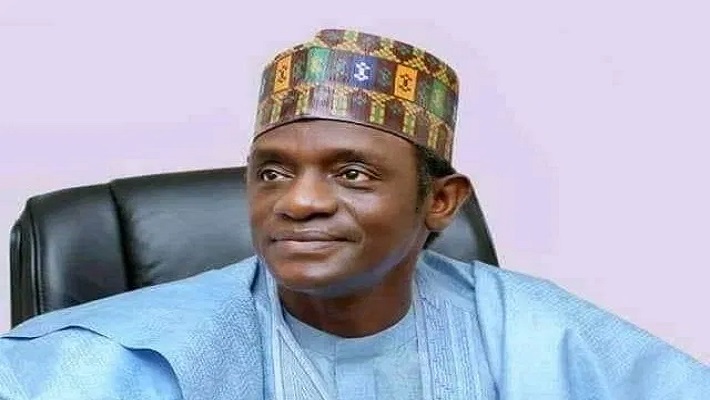 The registration of new members and update of register of the All Progressives Congress (APC) will commence on January 25, John Akpanudoedehe said in a new year message on Friday in Abuja.

Mr. Akpanudoedehe, the secretary of the party’s Caretaker and Extra-ordinary Convention Planning Committee (CECPC), said the party would pursue conflict resolution and reconcile warring members in the new year.

“Having got the approval for the party membership registration, CECPC is now set to undertake the exercise efficiently and effectively in a record time, beginning from January 25,” he said.

Mr. Akpanudoedehe added that the party’s CECPC was fully prepared to conduct total congresses at all levels, through a fair and transparent process of electing officials for its various organs.

This, he said, would culminate in the party’s national convention.

The CECPC secretary added that the committee was working to create a member-centered party structure that would guarantee full participation of all and accord privileges to strengthen members’ trust, beliefs and engagements in all its activities.

He further added that recognising that time was well against it, the CECPC was already doubling efforts to meet up with the tasks ahead of it in 2021.

Mr. Akpanudoedehe stressed that the committee was rebuilding the party to strengthen democracy, assuring that its commitment to leading the process of political change in the country was unwavering.

He said the party’s national secretariat had discussed the need for registration of new members and update of its register to improve on its membership and support-base nationwide.

“Aside the pause of party activities in the course of the year, we spent part of the year witnessing internal rancour that almost threatened the kernel of the party,” he said.

This, Akpanudoedehe added, warranted the prompt interventions of the party leadership, including its National Executive Committee (NEC).

He added that the fact that the party survived the onslaught, emerged yet stronger and went on to win a number of critical elections across the country in 2020, was a testament to its great strength.

He thanked party members across the federation, the leadership and President Muhammadu Buhari for the support and encouragement given to the committee since its inauguration.

“We thank our ministers for their support, particularly the Attorney-General of the Federation, for providing legal guidance and advice that have helped the CECPC’s decisions.

“The CECPC also deeply appreciates the confidence and trust our esteemed governors of the Progressive Governors’ Forum reposed in it,” he said.

The CECPC was inaugurated on June 25, 2020 as an interim administration, to steer the affairs of the APC and organise a national convention to elect substantive party executives.