Although Nigeria was certified a wild polio-free nation on August 25, 2020, some state’s have recently recorded new cases. 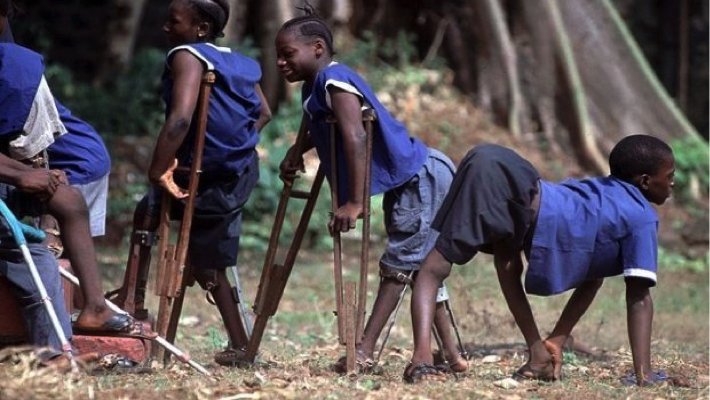 Children suffering from polio used to illustrate the story

The Adamawa State Government on Monday announced four new cases of the circulating vaccine-derived poliovirus in the state.

Executive Chairman of the Adamawa State Primary Healthcare Development Agency, Sulaiman Bashir, disclosed this at a news conference to mark the 2021 World Polio Day in Yola.

“Although, 99.9 per cent of polio has been wiped out with the oral polio vaccine, in rare cases when enough children are not reached, other forms of the virus will continue to circulate.

Mr Bashir said that two rounds of polio vaccination campaign which includes outbreak response with the NOPV2 vaccine were conducted in the state to overcome the problem.

He said that the rapid response was to help curtail the circulation of all forms of polioviruses in the state.

Mr Bashir reaffirmed the agency’s commitment to continue working with stakeholders at all levels to ensure the vaccination of every child in the state.

In his remarks, the coordinator of the World Health Organisation (WHO) in the state, Semeeh Omoleke, also reaffirmed that Nigeria was certified free of wild poliovirus.

“Nigeria is currently facing outbreaks of circulating Vaccine-Derived PolioVirus and four cases were confirmed in Adamawa.

“The current situation calls for collective action by government at all levels and health development partners,” he said.

The cVDPV occurs when the vaccine-virus circulates for a prolonged period of time uninterrupted. It can then mutate.

The lower the population immunity, the longer the cVDPV survives.