“Federal government is not going to be giving out its monies anyhow anymore because we are not seeing the results in some places,” Suleiman Adamu declared. 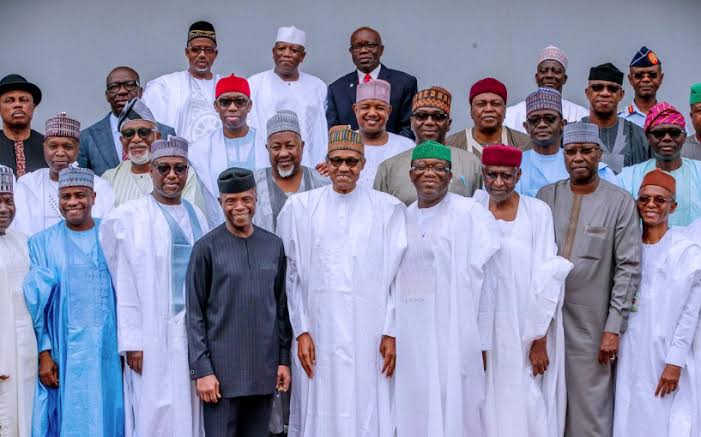 President Muhammadu Buhari’s regime has been doling out Nigeria’s depleted monies “anyhow,” while governors across the states have diverted funds, says the Minister of Water Resources, Suleiman Adamu.

Mr Adamu expressed Mr Buhari regime’s frustration at a forum themed ‘Engage, Educate and Empower Nigerians on the Legacy Project of the Federal Ministry of Water Resources’ in Abuja.

On the partnership for the Expanded Water, Sanitation and Hygiene Programme, the minister insisted that states must meet eligibility criteria such as making counterpart funds available for sustainability.

He accused many governors of failing to keep to the agreements with the regime regarding the projects. The minister added that some states were crafty in project implementation with sharp practices like diversion of funds.

The minister emphasised the need for renewed partnerships between states and the federal government towards improving the water and sanitation needs of the populace.

“We are not going to give free lunches to states anymore. We have done projects worth billions of naira and given them to states. They didn’t pay a dime,” said Mr Adamu. “Now for them to run the schemes, put the money down and get people to run the scheme, it is not being done. It has to be a partnership, and they must meet all conditions.”

The minister added, “Federal government is not going to be giving out its monies anyhow anymore because we are not seeing the results in some places.”

According to him, it is a part of the national campaign toward ending open defecation practice by 2025.

“So, what we are doing as far as we are concerned is to encourage the states to, as part of their campaign, provide some legislation against open defecation,” said Mr Adamu. “There was a bill that was presented by a senator in the National Assembly who wanted a national law enacted about it. It is still pending before the National Assembly. So, there might be a national law which we will support.”

He, however, stressed that it would be “more appropriate that states should be the ones to undertake this legislation.”

The minister explained, “Secondly, the issue is if you do the legislation, is it fair to punish people for open defecation in motor parks if we have not provided the facility? So, I think we also need to concentrate on providing these facilities. I used to call it a carrot and stick approach. That’s what I think it should be.’’

Mr Adamu stressed that the regime would continue to advocate the provision of toilets in public places to curb open defecation. He noted that it was within the purview of the states to enact the legislation, noting that local government councils could also have by-laws that would address the menace.