FRSC warns motorists against harassing its personnel in Ogun

Mr Okusi emphasised the need to caution motorists driving against traffic at the Ewekoro area on the Lagos-Abeokuta expressway because they were always adamant. 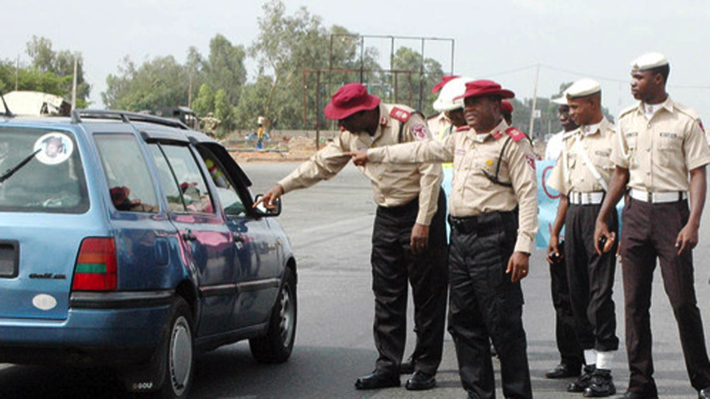 The Itori Unit Command of the Federal Road Safety Corps(FRSC) in Ogun has warned motorists to desist from harassing its personnel discharging their duties on Lagos-Abeokuta Expressway.

The commander, Gbenga Okusi, gave the warning while speaking with journalists on Monday in Itori, Ogun.

Mr Okusi emphasised the need to caution motorists driving against traffic at the Ewekoro area on the Lagos-Abeokuta expressway because they were always adamant, harassing its personnel when cautioned against such acts.

The unit commander noted that some road crashes along this axis, especially the one that claimed two lives and injured four persons on October 1, was caused by driving against traffic.

“We are appealing to motorists to desist from driving against one-way at Ewekoro axis to save lives and property.

“In addition, we will continue to do our best by collaborating with Nigeria Police Force to enforce and apprehend those driving against traffic on Lagos-Abeokuta Expressway,” he said.

He reiterated the command’s commitment to continue educating motorists through public enlightenment on the dangers of driving against traffic.

The unit commander implored them to refrain from dangerous driving and adhere to traffic regulations to stem mishaps during the ember months.