The victims, who were from Tusguri village of Sanda Ward in the Bunkure Local Government Area, were reportedly burnt to death. 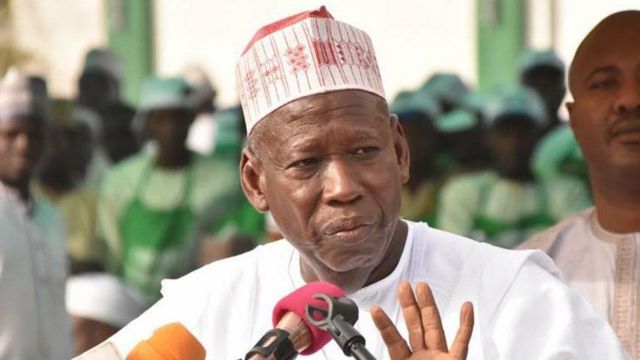 Governor Abdullahi Ganduje of Kano has donated N3.8 million to the families of the 19 people killed in a car crash on the Zaria-Kano Expressway.

The victims, who were from Tusguri village of Sanda Ward in the Bunkure Local Government Area, were reportedly burnt to death.

“We received the death with shock, and we pray to Allah to forgive their wrongdoings and reward their good deeds with Al-Jannah,” Mr Ganduje said, according to a statement by his media aide, Abba Anwar.

Mr Ganduje directed the council chairman to write to the state government and request the construction of a primary school in the area.

”I assure you that this town will be included in the federal government’s dry season farming intervention to help the people of this area,” he said.