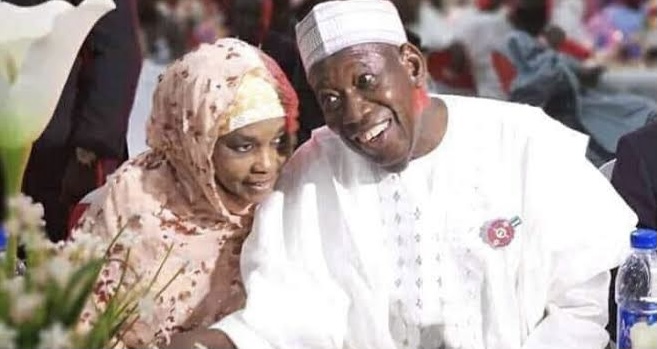 Governor Abdullahi Ganduje of Kano has called on Nigerians to continuously promote national integration toward engendering a united Nigeria.

Mr Ganduje made the call on Saturday in Ibadan, shortly after he along with his wife, were honoured with chieftaincy titles by Olubadan of Ibadanland, Oba Lekan Balogun.

He recalled the age-long friendship between Kano and Ibadan, saying that the two old cities would sustain the friendship and extend to other parts of the country.

“We are grateful to the Olubadan, Olubadan-in-Council and Ibadan people for honouring us with these prestigious titles.

“This gives us motivation and encouragement to do more in promoting unity. You made history today in terms of promoting national integration.

“This is a topical and very important issue we must always discuss, as well as promote, to achieve peaceful coexistence among Nigerians,” Mr Ganduje said.

The governor thanked Mr Tinubu for gracing the occasion, expressing confidence that the APC presidential candidate would promote the concept of national integration.

Commenting, Mr Tinubu, a former Governor of Lagos State, said that giving out such chieftaincy titles to non-indigenes was a rare privilege.

He described the honour bestowed on Mr and Mrs Ganduje as well deserved, saying that it was a demonstration of unity between the North and South.

The APC flag bearer appreciated the traditional ruler, as well as Ibadan indigenes for honouring his friend with a chieftaincy title.

The event was attended by notable Ibadan indigenes including Senators Teslim Folarin and Kola Balogun, as well as Bayo Lawal, the Commissioner for Local Government and Chieftaincy Affairs.