President Muhammadu Buhari has stressed the need for a long-term partnership between Nigeria and the UK as well as the European Union on green energy policy. 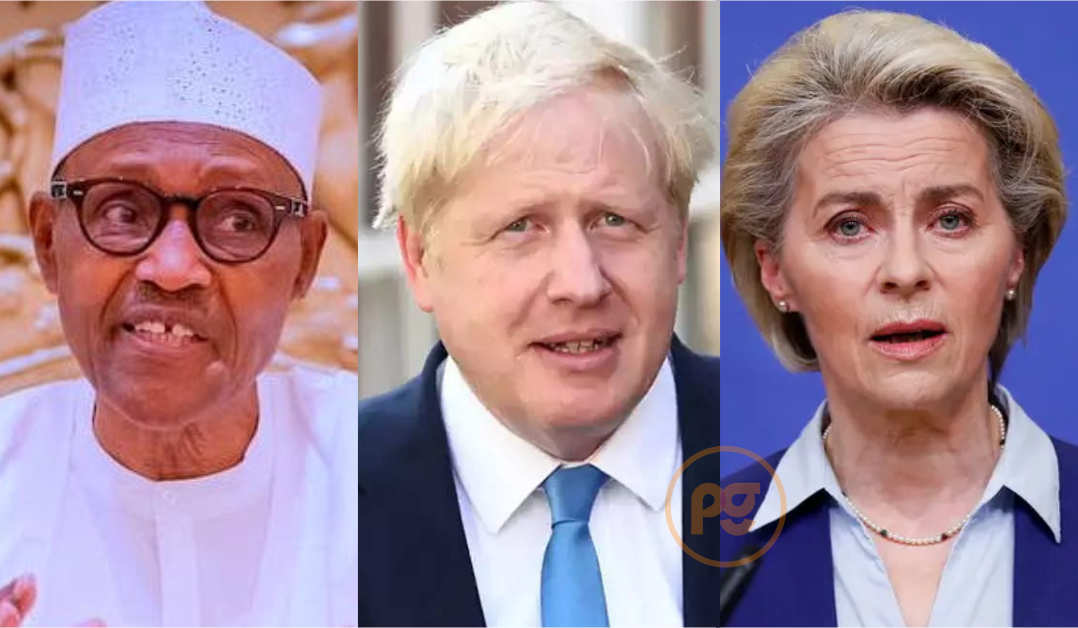 President Muhammadu Buhari has stressed the need for a long-term partnership between Nigeria and the UK as well as the European Union on green energy policy but calling them out as hypocrites.

The president, who made the call in an interview session with Bloomberg News, said the UK and EU countries should invest in the planned 4,000km pipeline meant to bring Nigerian gas – the largest reserves in Africa – via Morocco, then to Europe.

“We need long term partnership not inconsistency and contradiction on green energy policy from the UK and European Union,” explained Mr Buhari. “Investment is hampered by their broad-brush moratorium on overseas gas projects, while at home the same projects are classified as green. It does not help their energy security, it does not help Nigeria’s economy, and it does not help the environment. It is a hypocrisy that must end. To change, the UK and EU countries should invest in our planned 4000km pipeline to bring Nigerian gas – the largest reserves in Africa – via Morocco, then onto Europe.”

He expressed the hope that the gas pipeline project, when completed, would help to address the gas supply crisis in Europe.

He further explained that the gas pipeline project, connecting Nigeria to Europe which was conceived four years ago, had since been unveiled.

”Last week (June 2) – in record time – the Nigerian National Petroleum Company (NNPC) entered into an agreement with the Economic Community of West African States (ECOWAS) for its construction,” he noted. “Concurrently on July 1, the NNPC will become a limited liability company and be subject to more robust auditing and commercial disclosure obligations. It will help stimulate investment and boost transparency, where corruption has deterred the former and stymied the latter.”

He mentioned that his regime “is the first to pass this landmark reform in our oil and gas sector, after two decades of predecessors’ failure to do so – no doubt due to vested interests.”

Mr Buhari, however, noted that terrorists and other criminals in Nigeria’s oil-producing regions had continued to hamper oil production.

He appealed to the Western allies to sanction all terrorist groups operating in the Niger Delta and other oil-producing states in the South-East and South-South zones.