Russia is blaming the reduced volume of gas deliveries on technical issues resulting from the sanctions imposed by the West over Moscow’s invasion of Ukraine. 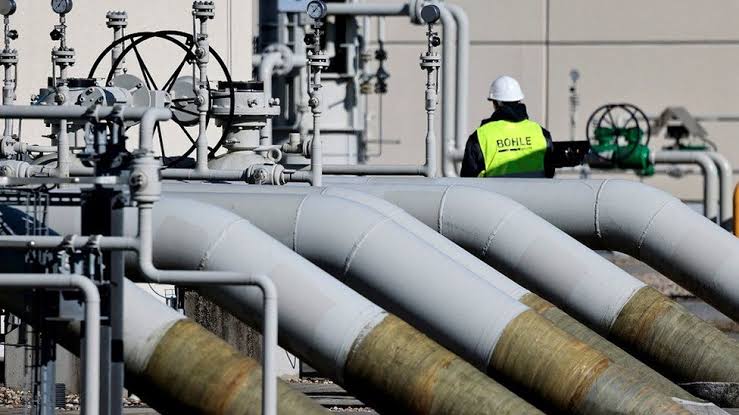 Preliminary data indicate that the volume of gas delivered from Russia to Germany via the Nord Stream 1 pipeline was sinking, as Russian gas provider, Gazprom said.

The volume is expected to sink further.

According to the Nord Stream 1 website, a supply of just over 14 million kilowatt-hours per hour was predicted for the rest of the day.

Russian gas company Gazprom had announced it would cut down the volume of gas deliveries via Nord Stream 1 from 40 per cent to 20 per cent of capacity.

Russia is blaming the reduced volume of gas deliveries on technical issues resulting from the sanctions imposed against Moscow by the West.

However, the German government is among those who see the lower gas deliveries as Moscow exploiting its leverage against the heavily reliant German and European energy market for political purposes.

The chief of the German network’s agency, Klaus Müller, accused Russia of weaponising its gas supply in an interview with German broadcaster Deutschlandfunk.

According to pipeline operator Eugas, Gazprom had booked extra capacity in its Transgas pipeline through Slovakia for Wednesday, suggesting that it was making up for lower deliveries in Germany, the German Spiegel newspaper reported.

The Transgas pipeline travels through Slovakia to Austria and Germany.

However, it was not yet clear whether Gazprom would send more gas.