“Whatever challenges we have, we must all come together to make sure that we resolve these issues we’re facing.” 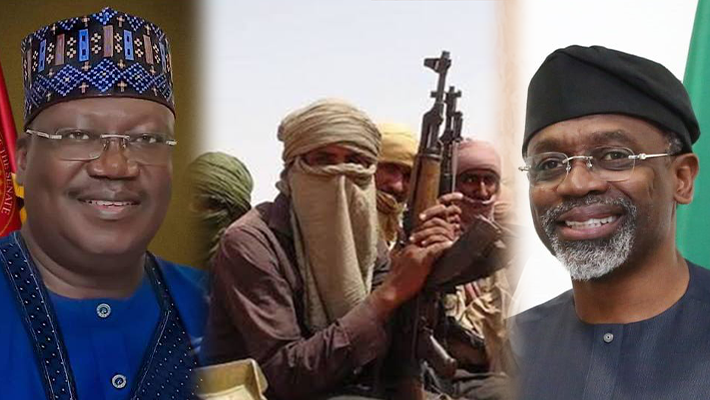 The Speaker of the House of Representatives, Femi Gbajabiamila, has blamed Nigerians for the deterioration of insecurity across Nigeria and the prevalent bad governance the citizens complain about.

But Mr Gbajabiamila, a chieftain of the ruling All Progressives Congress, blamed Nigerians for their current predicament.

“If truth be told, we all have equal shares in the blame for what’s happening today,” said Mr Gbajabiamila.

Indicating that Nigerians are divided under Mr Buhari’s regime, he urged, “Whatever challenges we have, we must all come together to make sure that we resolve these issues we’re facing.

“We must imbibe that spirit of oneness, togetherness, unity, and love that would take us through this.”

Blaming ‘aiye’ for the precarious state of the country, Mr Adesina stated, “When you are high-flying, the centrifugal forces will come against you, and it would only take the grace of God for you to attain.

“Yoruba people call those forces Aiye. When Aiye is on your case, as it was against Man City, and it is against the Buhari government, you need God, and God alone.”

Emphasising his point, Mr Buhari’s aide added, “Aiye (meaning ‘the world,’ if freely translated) is the negative part of mankind. The pernicious, baleful, sly, and scheming part of humanity. If Aiye gets on your matter, you need God and God alone.”

According to the presidential spokesman, just as some forces worked against Manchester City last season, some forces are working against Mr Buhari regime’s success.

“Recall what happened in the 2019/2020 season. Man City was eyeing a treble. Three back-to-back seasons as champions and a record in English football. But the adversaries knew the record that was to be set, so they arrayed themselves against the team,” Mr Adesina asserted.

“Just as some forces knew the record that was to be achieved by Muhammadu Buhari as Nigerian president,” he claimed, “and which he had begun to show since 2015 when he got into office, and they (adversaries) positioned against the government.”