Governors send Christians on pilgrimage, it has spiritual benefits: FG

The pilgrims’ commission chair described the ongoing pilgrimage in Israel and Jordan as “wonderful, great and quite refreshing.” 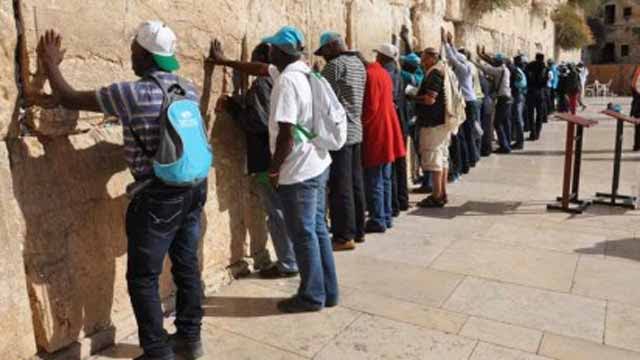 The Nigerian Christian Pilgrims Commission (NCPC) chairman, Yomi Kasali, has urged governors to sponsor Christians to go on pilgrimage because it has spiritual benefits for the country.

Mr Kasali spoke in Bethlehem while on pilgrimage to Israel and Jordan, according to a statement by Celestine Toruka, a spokesperson for the NCPC.

He admitted that it might be argued that the government should not be involved in pilgrimage sponsorship. Still, he pointed out that the resources deployed in pilgrimage were too insignificant, considering the exercise’s spiritual importance in national development.

According to Mr Kasali, pilgrimage provides an opportunity for less privileged Nigerians to enjoy the dividends of democracy, especially those who treasured their faith.

The pilgrims’ commission chair described the ongoing pilgrimage in Israel and Jordan as “wonderful, great and quite refreshing.”

The chairman advised pilgrims to use the exercise to reflect on national issues.

Mr Kasali further admonished them to make Nigeria proud and not to use pilgrimage as an outlet to seek greener pastures.

The chairman is the leader of the eighth batch of Christian pilgrims currently in Israel and Jordan, comprised of Yobe and Borno pilgrims, including those on consular assignment.