Okowa to protect the £4.2 million ex-Governor James Ibori loot recovered from being re-looted, pointing out that “greed still exists” in the state among government officials. 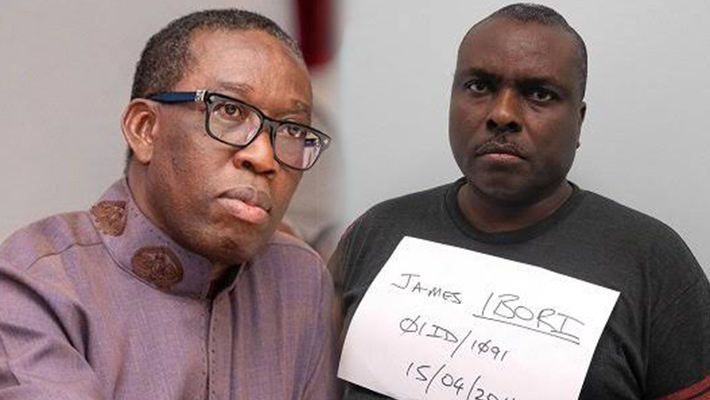 The All Progressives Congress has called on Governor Ifeanyi Okowa to protect the £4.2 million ex-Governor James Ibori loot recovered from being re-looted, pointing out that “greed still exists” in the state among government officials.

The Delta Chapter of the APC spokesman, Sylvester Imonina, made the call in a statement on Tuesday in Asaba.

Mr Imonina said, “Compared to some states in Nigeria of today which receive less amount of monies from the federation account, there is no gainsaying the fact that the spirit of rapacity still exists in some government officials in Delta.

“For the sake of our dear state, we call on the state Governor, Sen. Ifeanyi Okowa, not to allow this economic lifeline (monies) to go the way of the past. The people of the state want to see positive changes in their lives.”

He urged the governor to be transparent in handling the recovered money and other monies accruing to the state.

“As a matter of fact, we urge the governor to tie this money to specific projects in the state. This will in no small measure bring joy to the people whenever they see the projects this money is used for,” he said.

Mr Imonina, however, said the people still feared that the returned money would likely be re-looted by those in government.

“To allay this fear, PDP-led government should be patriotic in its acts of governance. The APC noted that in view of the happenings in the state, the yearnings of people should not be brushed aside.

“On the other hand, the party calls on all citizens to be at alert and ask questions with follow-up actions on how what belongs to the state is expended by the Okowa led-government,” added the APC spokesman.

Mr Imonina also commended the House of Representatives Ad Hoc Committee on ‘Assessment and Status of all Recovered loots; Movable and Immovable Assets from 2002 to 2020’ for assisting to recover the loot.

He said, “This step is commendable. Indeed, we of the Delta APC want to appreciate President Muhammadu Buhari for making sure that what was looted from Delta was brought back to the state for its development.”