The child was killed by the school proprietor, Abdulmalik Abubakar, after he had demanded N6 million ransom from her parent. 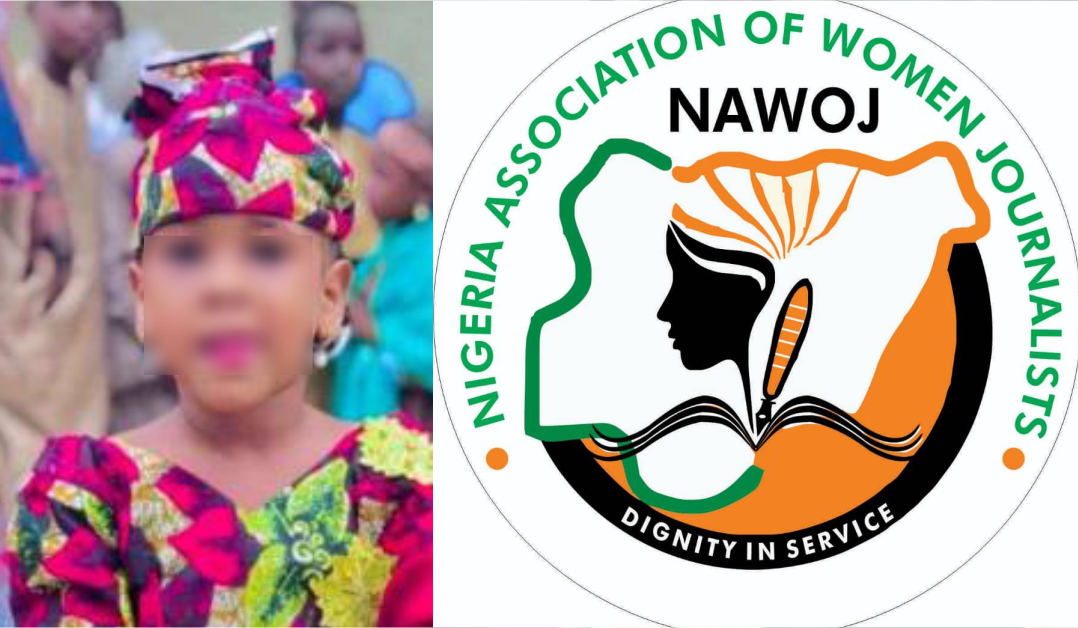 The Nigeria Association of Women Journalists (NAWOJ) has condemned the kidnap and killing of five-year-old Hanifa Abubakar in Kano by her teacher.

The association, in a statement by its National President, Ladi Bala, in Abuja, described the act as one of the most horrific, barbaric, inhumane and evil acts of wickedness recorded in recent times.

The pupil was reportedly killed by the proprietor of her school, Abdulmalik Abubakar, who had demanded a ransom of N6 million from her parent.

NAWOJ said that the killing of the child by the proprietor of her school, smacked of gross betrayal of trust which the little girl and her parents reposed in the institution and the proprietor.

It also noted that the increase in cases of killing for money and ritual purposes had assumed a frightening dimension in the country.

“Killing, kidnapping, sexual and gender-based violence are taking a severe toll on women and girls, who are the soft targets of evil perpetrators.

“There was a case of Aisha Umar, an IDP, who was lured and raped by a humanitarian provider which led to her committing suicide in Maiduguri, Borno State, as she could not stand the trauma.

“The brutal murder of the son of a gender activist, Madam Ene Ede in Abuja recently by yet-to-be identified murderers, to mention but a few, are all indicators that all is not well in our dear country.

“As mothers, we say with pains that this is no longer the Nigeria we grew up to know where the care for the younger generation was the responsibility of all adults and the community as a whole.

“As mothers, we appeal to Nigerians to be more vigilant, security conscious as well as report suspicious characters to security agencies,” NAWOJ said.

The association of women journalists also called on NGOs and CSOs to speak out against those evil acts and demand justice for victims of ritual killings and sexual abuse in Nigeria.