“I want to congratulate Liverpool Football Club for this incredible battle for the last years, especially this one.” 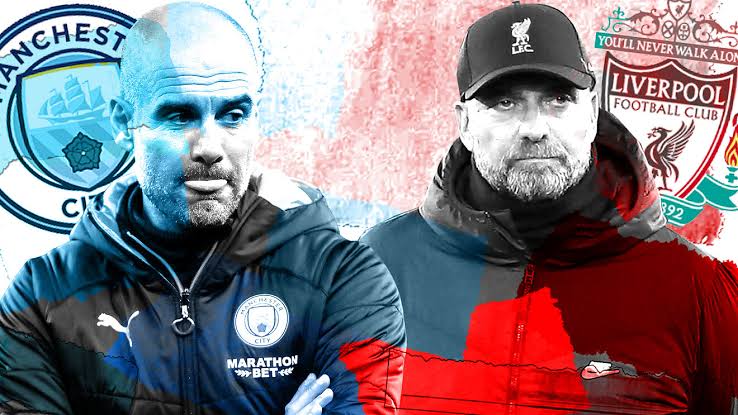 A decade on from Sergio Aguero sealing the crown in a jaw-dropping 3-2 final day win, a rocking Etihad Stadium witnessed similar drama.

It was just as the title appeared to be slipping out of their grasp.

Matty Cash and ex-Liverpool favourite Philippe Coutinho scored against stunned Manchester City, who knew the crown would head to Anfield if the Reds eventually found a way to beat well-drilled Wolves.

Liverpool ended up 3-1 victors but Manchester City by that point had launched an unforgettable five-minute turnaround rendering that immaterial.

Super-sub Ilkay Gündogan scored either side of Rodri’s strike in a 3-2 victory.

“In the last five years winning four Premier Leagues, these guys are legends already. I’m sorry, people have to admit it. This group of players are absolutely eternal in this club because what we achieve is so difficult to do,” Guardiola said. “Just Alex Ferguson with Manchester United has done it years ago two or three times, now I realised again the magnitude of Alex Ferguson and his Manchester United.”

Asked how he masterminded such an unlikely turnaround, Guardiola joked that Real Madrid had given him some tips.

The Spanish side had flipped their UEFA Champions League semi-final against City on its head earlier in the month.

“Well, I called Real Madrid and they gave me good advice. This was the reason why. Listen, no explanation in Madrid, no explanation today. It’s momentum. Sometimes it’s nice to live in these kinds of situations. We live it for the future. I had a feeling that it will help us to be stronger next season,” he said with a smile. “Maybe we need a little bit more time but every second that passes after winning this Premier League, we realise that four leagues in five years in this country is probably the best achievement we have done in our careers.”

He described what the club has achieved in England “incredible” and that the club will “be so proud for a long, long time.”

Thousands of fans ran onto the Etihad pitch in celebration at full-time. The party is set to continue long into the night and into Monday evening’s open-top bus parade in Manchester city centre.

“The atmosphere was the best I ever lived since I am here. The last games against Newcastle United and Real Madrid in the UEFA Champions League at home were incredible, but today was so, so special,” noted Guardiola. “Hopefully tomorrow (Monday) we can celebrate together in Manchester’s streets with our cigars and beers. I will bring my cigar, don’t worry.”

Guardiola arrived in the post-match press conference nearly two hours after the final whistle wearing a Manchester City home shirt with “21-22 champions” on the back.

But his delight at retaining the Premier League title came with an appreciation of title rivals Liverpool’s quality and the importance of May 22.

The date marked the five-year anniversary of the Manchester Arena attack.

“We want to dedicate (this win as) today’s the fifth anniversary of what happened in the Manchester Arena, when 22 people were killed,” he said at the start of the post-match press conference. “In this special day for us, we want to share it with all the families that suffered this terrible, terrible event. The second one I want to congratulate Liverpool Football Club for this incredible battle for the last years, especially this one.”