Headies said the singer, who was nominated in two categories — Rookie of the Year and Best Street Hop — at the 15th edition, was dropped over negative attention from the press. 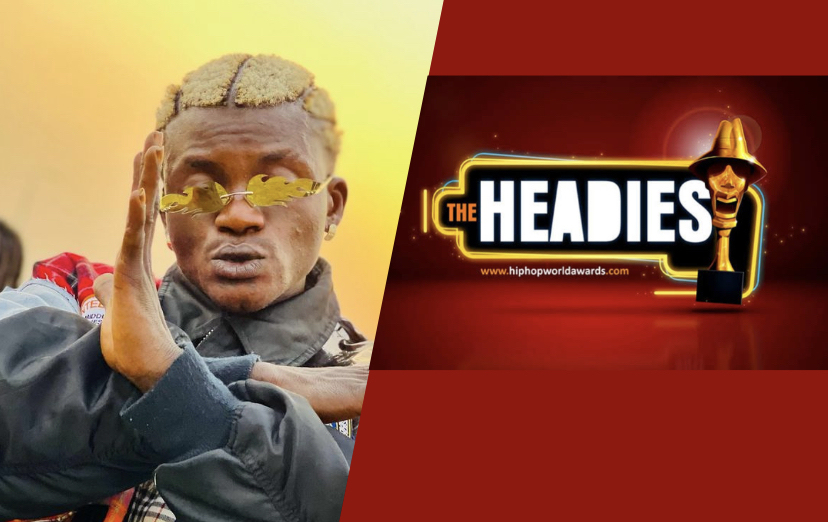 Nigerian singer Habeeb Okikiola, popularly known as Portable, has said he has no regrets for claiming membership of Lagos armed robbery syndicate ‘One Million Boys’.

“Akoi grace, akoi blessing, mercy follows me. All eyes on me, Portable Omolalomi. I never regret my action, God sent”, the singer stated in a video posted on Instagram following his disqualification from Headies.

Organisers had said the singer, who was nominated in two categories — Rookie of the Year and Best Street Hop — at the 15th Headies awards, was dropped over misdemeanours and the negative attention from the press and the police.

In the video posted, the singer was with his beau all cuddled up as he praised himself.

“I do music for a living, it’s what gives me pride. I go by the name Portable Omolalomi. I thank God for my life. I got talent, I got God, I got money, I got fame, I got destiny, I got wife, I got children, you don’t know? God bless my family, I got motor, I got house, you don’t know? I’m blessed.” He said, in a mixture of English and Yoruba.

The statement on his disqualification, which was released July 26, 2022, read: “We regret to announce that following numerous indicting statements made by Mr. Habeeb Okikiola popularly known as “Portable”, and the incessant negative attention that Mr Okikiola has garnered from the Nigeria Police and the general public in recent times, the organisers of the Headies have resolved to disqualify Mr Okikiola as a nominee at the forthcoming 15″ Headies Awards.”

It came days after the police Inspector-General Usman Baba said Portable should be investigated, following his claims of ties to ‘One Million Boys’ and ‘Ajah Boys’, both known to have carried out deadly armed robbery attacks and ritual killings across the nation’s commercial capital.

Portable later issued a statement saying he never claimed membership in the violent syndicates, prompting some people online to suggest he might have been under the influence of drugs when he made the video claiming his involvement in the groups.