The Federal Capital Territory Administration (FCTA) had earlier warned of plans to remove illegal structures along the Tipper Garage and Kuje-Gwagwalada road axis. 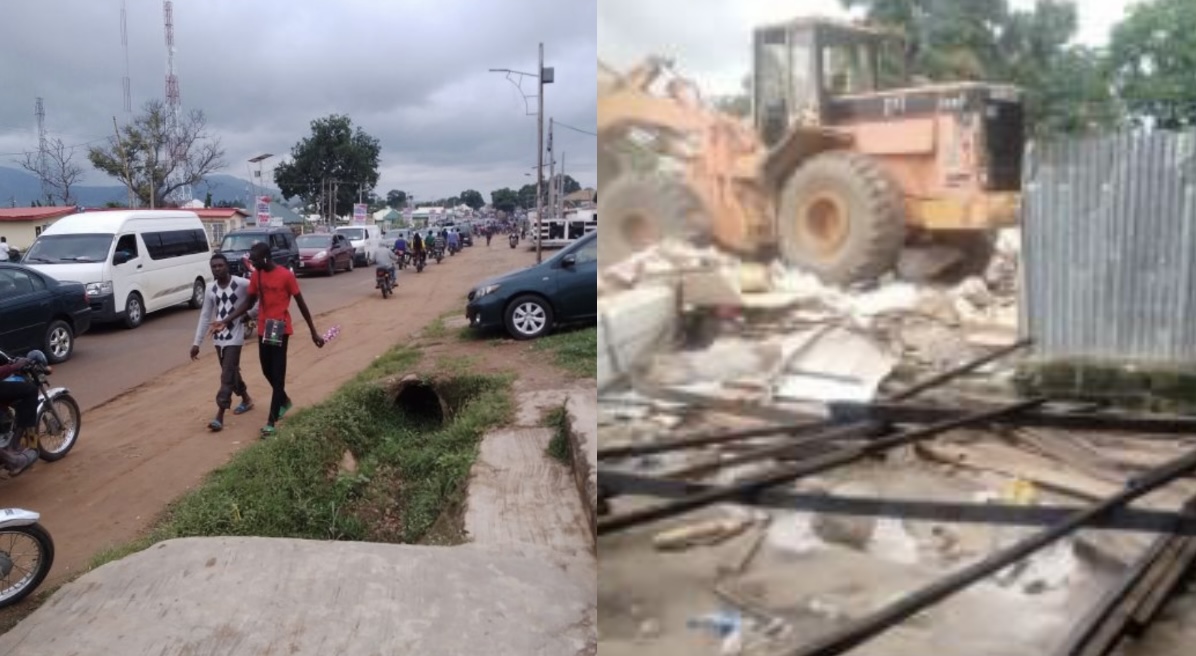 Unprecedented traffic gridlock has been recorded in Kuje as the Department of Development Control and Sanitation embarked on demolition of illegal structures and shanties in Kuje Area Council, FCT, on Monday.

The Federal Capital Territory Administration (FCTA) had earlier warned of plans to remove illegal structures along the Tipper Garage and Kuje-Gwagwalada road axis.

The Senior Special Assistant on Monitoring, Inspection and Enforcement to the Minister of FCT, Ikharo Attah, said the demolition was aimed at constructing a befitting road to end congestion of vehicles on the busy road.

Mr Attah disclosed that the congestion of vehicles on the road was being ignited by illegal trading, expansion and unconventional markets all over the road shoulders.

He explained that some of the structures had been marked for long and adequate publicity was given to the general public.

“We have seen that there is heavy roadside trading, illegal attachments, expansion towards the road and indiscriminate roadside markets.

“We have assessed the situation and have notified the general public before now,” he explained.

Meanwhile, affected persons, motorists and commuters are groaning over the exercise.

They called for speedy completion of the demolition to free the traffic flow and ease loss of manhours.