Senator Utazi was reacting to an attack on Opanda-Nimbo farmers in Uzo-Uwani Local Government Area of the state. 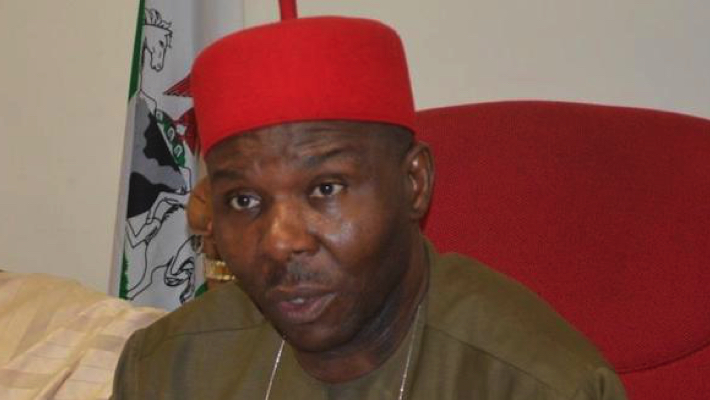 A photo of Senator Chukwuka Utazi used to illustrate the story [Photo credit:OnlyForMyLadies]

Mr Utazi,  who is the Vice Chairman, Senate Committee on National Security and Intelligence, made the call in a statement issued on Tuesday while reacting to an attack on Opanda-Nimbo farmers in Uzo-Uwani Local Government Area of the state.

The senator, who hails from the area, said that passing the bill into law would forestall future attacks and herders-farmers clashes in the state.

“Passing the anti-grazing bill will end future attacks on farmers by herdsmen in Uzo-uwani in particular and the state in general,” he said.

He decried the incessant killings of natives, security agents and migrant farmers in the local government area, thereby turning the area into a killing field.

Mr Utazi called on local government council, the Neighbourhood Watch, Forest Guards, Traditional Rulers and Presidents General of various town union to “rise up to defend the area from the unrelenting and marauding AK 47 wielding herdsmen littered at all the nooks and crannies.

“We must bear in mind that internal vigilance is the price we all must pay to ensure security of lives and property of our people,” he said.

He, however, commended Governor Ifeanyi Ugwuanyi, who had committed much resources and time to ensure adequate security in the state, urging him not to relent.

“I commend the governor, who has been doing his best in order to reduce criminality to the barest minimum in the state.

“I also commend the army, the police, Department of the State Services, Nigeria Security and Civil Defence Corps and other security agencies for collaborative efforts with the governor to ensure protection of lives and property,” Mr Utazi said.