Many farmers have abandoned their farms and were no longer planting the seed because of fear of herdsmen’ attack and kidnappers. 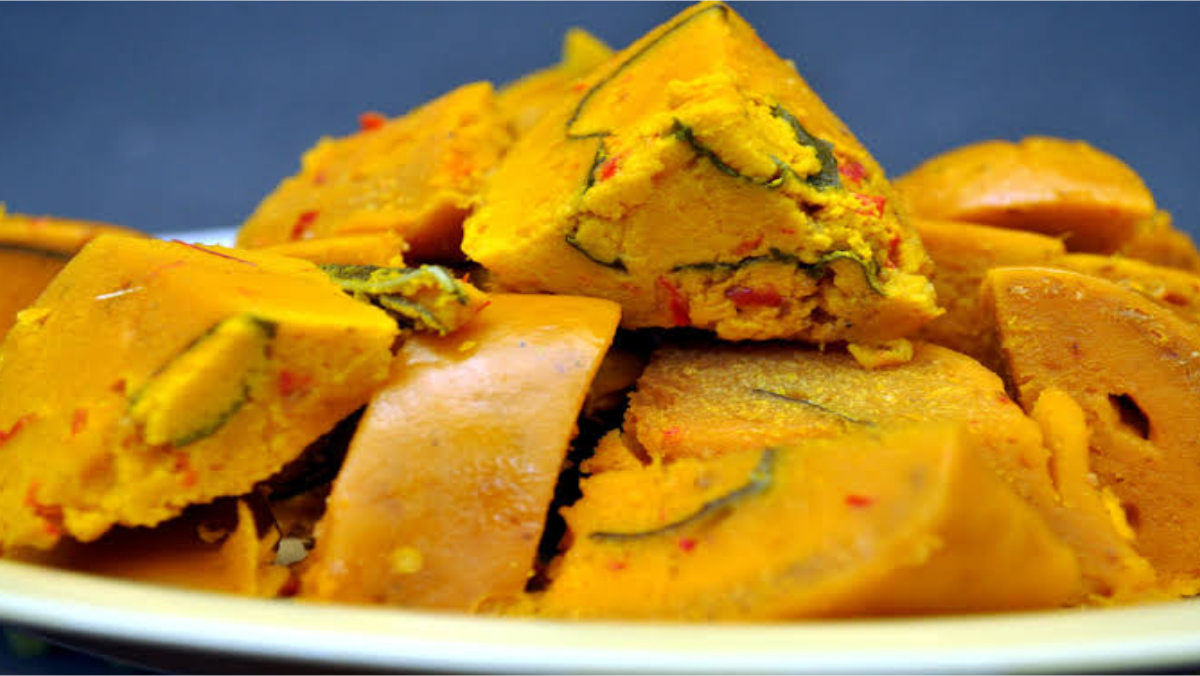 The Price of popular local Igbo delicacy known as ‘Okpa’, has risen by 63 per cent forcing some vendors to abandon the business and causing the scarcity of the on-the-go staple food around Enugu metropolis.

Okpa is made from bambara nuts and contains a high amount of protein and belongs to a leguminous family.

It is a staple food that vendors and hawkers sell at nook and crannies of Enugu, Lagos, Abuja metropolis as well as other areas with sizable Igbo populations such as motor parks, schools, markets and offices.

Most of the  okpa vendors and hawkers are women and it serves as breakfast and dinner for many households.

Some of the vendors, who spoke to NAN in Enugu on Tuesday, decried the high cost of buying okpa seed, grinding and processing which had forced many out of the business.

They ascribed the increment in the prices to forces of other commodities in the market.

A vendor, Bridget Ibekwe, said the increment in the price of okpa started three months ago due to nonavailability of the seed in the market.

She added that many farmers have abandoned their farms and were no longer planting the seed  because of fear of herdsmen’ attack and kidnappers.

“When one add the cost of palm oil, firewood, gas, nylon, leaves and pepper, you will see that there is no gain and this has forced other vendors to abandon the business.

“I am doing it so that people will not think I am lazy; I can no longer pay rent or feed from it because there is no gain,” Mrs Ibekwe said.

A hawker at Mayor Market, Uchenna Okpara noted that the quality and the taste of okpa were no longer the same as they are forced to add a lot of water to increase the quantity.

“This is the only way one can break even or make little profit as the business is no longer the same again.

“Two of my colleagues have stopped the business because they cannot afford making losses.

“It is quite unfortunate and disheartening that everything in the market has gone up, even the ones we cultivate and do with our own hands.

“And when one sells, she needs to buy other commodities whose prices have increased, so to meet up, we add little money or reduce the quantity.

“We are suffering and the government should please come to our aid by controlling the prices at the market,” she pleaded.

Nkechi Atuenyi said she quit the business because there was no gain in it again.

“Before, I used to make about N5,000 gain a day but now I hardly make up to N1,500 and what am I doing in a business with low turnover when I can recoup easily from another business.

“This business used to be lucrative as people came to buy it from different parts of the country but now patronage has dropped,” she said.

Meanwhile, a buyer, Ekene Lawson, has frowned at the quality and the quantity of the okpa being produced and sold by vendors, describing it as ‘strange’.

Mr Lawson noted that okpa N50 last year is now bigger and sweeter than the one they are selling now at N100.

“I know that everything in the market  added money but this food that we loved so much has become something else,” he lamented.

Another die hard fan of okpa, Peter Igbonezim, noted that the prices they sold at the village were the same as the one being sold at the Enugu urban.

“By June, I will be 58 and since I was born, I have been eating okpa and even if the price increases to N500, people will still buy it because we love okpa,” Mr Igbonezim said.

NAN also reports that medical experts recommend okpa because of its nutritional value that has a complete blend of balanced diet with protein, fats and oil, as well as water.