The Borno governor’s motorcade was attacked on Friday. 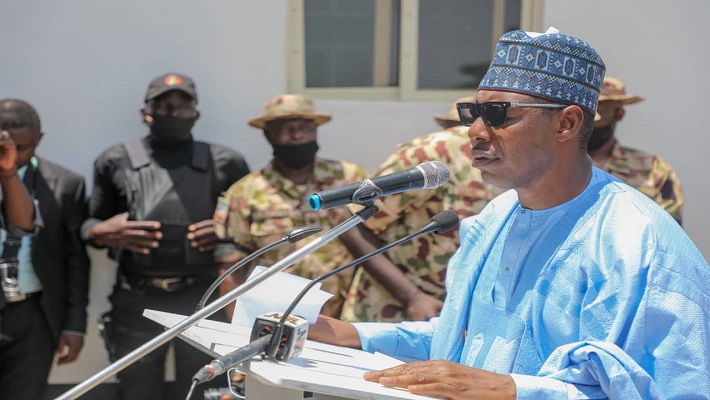 Governor Babagana Zulum of Borno on Saturday decried the killing of eight policemen and three members of Civilian Joint Task Force (JTF) who were ambushed in Kukawa Local Government Area on Friday.

Mr. Zulum said that two convoys, one belonging to him and other conveying members of a committee on Baga reconstruction, had safely passed the Maiduguri-Baga route before the third convoy of security men was ambushed.

The police confirmed 11 people were killed during the attack. But French newswire AFP put the death toll as having surpassed 30 as of Saturday afternoon.

Mr. Zulum was in Baga from Thursday to Friday as part of the efforts to resettle the people back to their community after displacement by Boko Haram insurgents, his media aide Isa Gusau said in a statement.

The visit was “aimed at cutting Boko Haram’s long use of the commercial town as main transit for undertaking major fishing trade and tax administration, from which the insurgents fund their murderous activities,” Mr. Gusau said.

Senator Abubakar Kyari and federal lawmakers Mohammed Tahir-Monguno and Bukar Kareto were also on the trip with the governor, NAN reports.

Baga town was displaced by the Boko Haram insurgents two years ago, forcing thousands of people to take refuge in Monguno and Maiduguri, the capital of the Borno

Mr. Zulum was saddened by the unfortunate carnage and shared the grief of families of the 11 priceless heroes “to whom Borno shall remain grateful for their commitment and sacrifices’’.

In a similar trip away from Maiduguri weeks ago, Boko Haram fighters attacked the governor’s convoy with casualties.

The governor prays for the repose of their souls and urges all stakeholders to remain committed to the ongoing peace building efforts.

He said people must continue to keep hope alive “even in the face of tribulations’’.

He also believed that with sustained efforts and prayers, Borno will eventually regain peace.