“His last post, a photograph of a white Rolls Royce Cullinan from June 6, 2020, has over 100,000 comments, many lionizing him, with some posted today.” 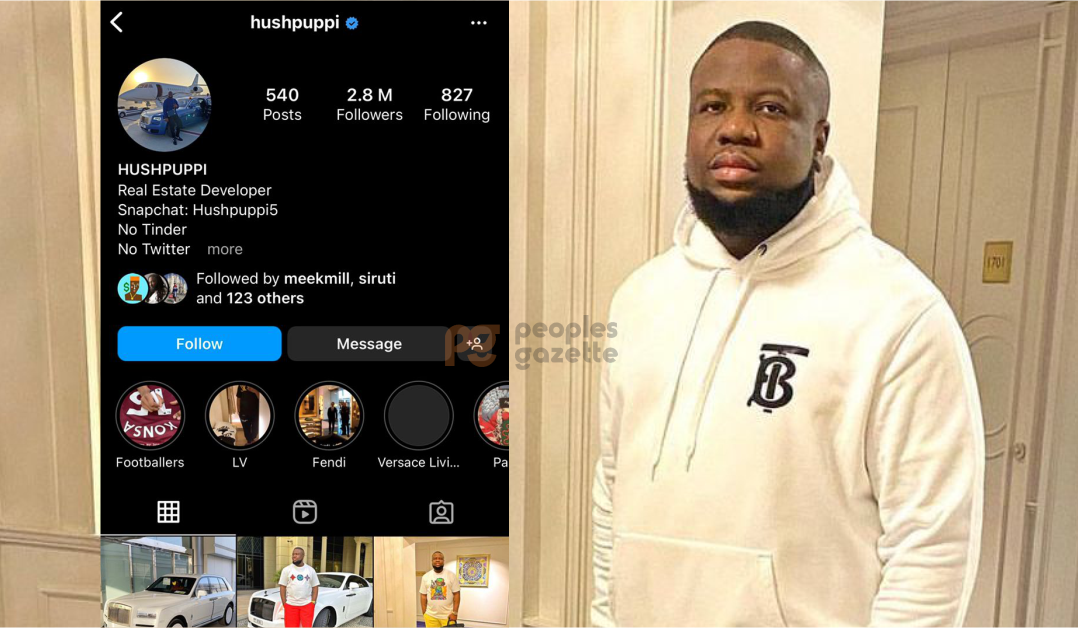 The Federal Bureau of Investigation has noted, with concern, the thriving followership of popular Instagram fraudster Ramon ‘Hushpuppi’ Abbas despite being incarcerated and tried for large-scale international cybercrimes.

This is contained in court documents presenting the U.S. government’s sentencing position for Mr Abas, presented before the United States District Court for the Central District Of California ahead of his September 21 trial.

“As of the date of this filing, defendant’s Instagram account @hushpuppi has 2.8 million followers, approximately 500,000 more followers than at the time of his arrest in Dubai,” the 17-page document seen by Peoples Gazette said. “His last post, a photograph of a white Rolls Royce Cullinan from June 6, 2020, has over 100,000 comments, many lionizing him, with some posted today.”

The bureau mirrors the prosecutors’ stance on Mr Abbas’s influence on social media.

Led by Khaldoun Shobaki, prosecutors said Mr Abass “has made a living and cultivated a following by using his ill-gotten gains to create an extravagant lifestyle.”

Mr Shobaki asked the federal judge to sentence Mr Abbas to 11 years in prison and three years of supervised release for his role in a multinational conspiracy that earned him millions of dollars between 2019 and 2020.

The FBI said one of his co-conspirators, Ghaleb Alaumary, had been handed down a 140-year jail term for breaking the same set of criminal codes.

Mr Shobaki argued that Mr Abbas should be asked to pay $1.7 million in restitution, $500,000 in fines and $100 in administrative fees, per recommendations, submitted ahead of his September 21 sentencing.

The U.S. authorities said Mr Abbas’ chose to lead a life of crime as he had a clear chance to be law-abiding.

In August, the United States District Court for the Central District of California rejected a plea by Mr Abbas seeking release from jail.

Mr Abbas has been in custody since his arrest in Dubai and transfer to the United States in June 2020. Intelligence agencies noted that his crimes bordered on money laundering, cyber fraud, hacking, criminal impersonating, scamming individuals, banking fraud and identity theft committed outside the United Arab Emirates.

Mr Abbas pleaded guilty to “conspiracy to engage in money laundering” last year and entered a plea bargain agreement with the U.S. government in July 2021, seeking a lighter sentence.