I could have done better if given more support, Buhari laments

“It is our desire to finish strong in the next 16 months and ensure all hands are on deck for the last lap.” 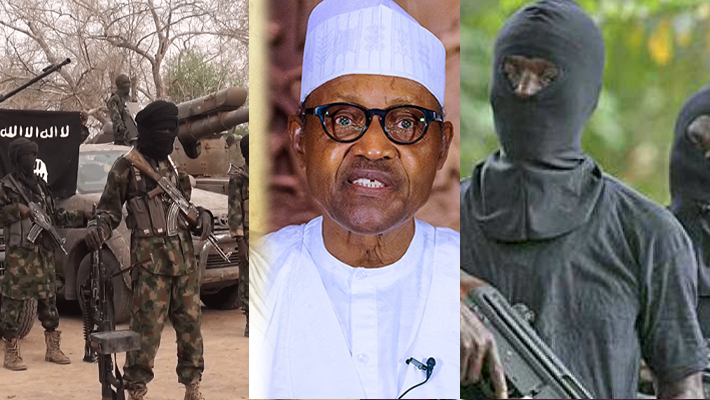 President Muhammadu Buhari says he could have done better had he got more support from Nigerian business, political, media and civil society leaders.

”But we probably would have fared even better if we secured the support of most of you that are here today, know that while government comes and goes, the country must remain and thrive,” the president stated at a dinner in honour of the 2022 Committee of Business, Political, Media and Civil Society Leaders at the State House, Abuja, on Monday.

Despite his repeated claims that he would bring Nigeria’s perennial insecurity to an end, Mr Buhari’s regime has witnessed some of the most violent and ubiquitous attacks on Nigerians from bandits, Boko Haram/ISWAP, and unknown gunmen.

However, he insisted on his desire to complete his tenure on a strong note.

’’It is our desire to finish strong in the next 16 months and ensure all hands are on deck for the last lap. We are doubling our efforts against all forms of insecurity, equipping our armed forces and strengthening the police,” Mr Buhari explained. “We are determined to continue the war against corruption and fight poverty, we remain focused on building an all-inclusive economic opportunity for all citizens.”

The president told the meeting that despite the enormous problems his regime inherited when he assumed office almost seven years ago, he could look back with satisfaction that this administration has kept faith with the people.

According to him, the administration has done well even amid dwindling resources for reasons that are well beyond our control.

The convener of the group and chairman of THISDAY/ARISE Media Group, Nduka Obaigbena, said with Nigeria facing a ”historic transition like no other,” and with crises across Africa and at home, the committee emerged to defend the national interest.

”The 2022 Committee was put together to defend Nigeria in a time of crisis and in a time of transition, we must defend the national interest,’’ said Mr Obaigbena.

He noted that membership of the group had been carefully selected from the business community, investors, governors, security sector and elder statesmen.