“I certainly wish you the best of luck. I’m anxious for your success and will closely follow.” 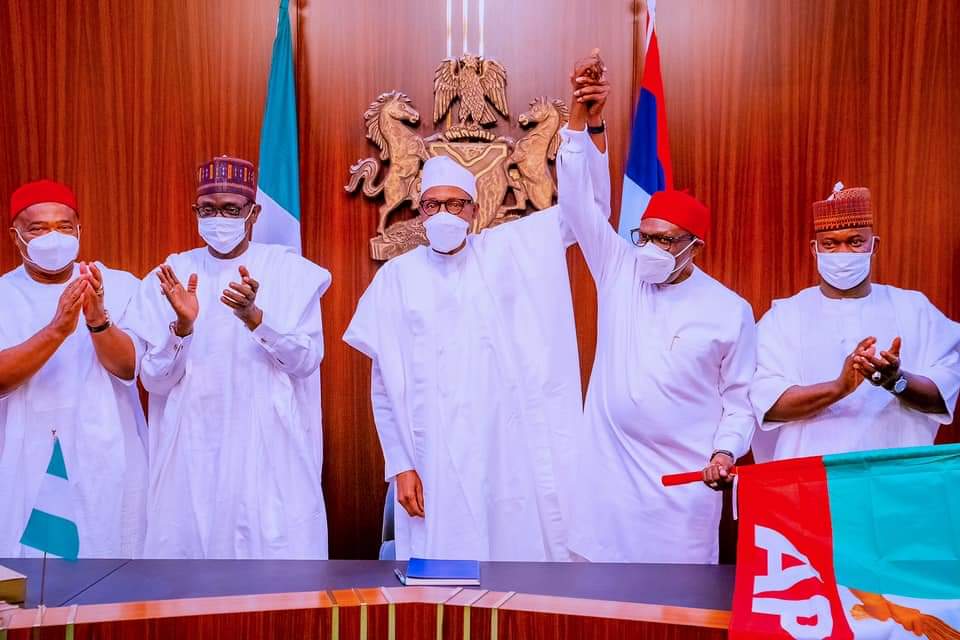 “I am happy to formally welcome you,” President Muhammadu Buhari tells Andy Uba, the APC governorship candidate in the November 6 Anambra election. “I certainly wish you the best of luck. I’m anxious for your success and will closely follow.”

In a Tuesday statement, the president’s media aide Femi Adesina quoted Mr Buhari to have stated this when he formally received Mr Uba as APC candidate in the forthcoming election.

Mr Uba was accompanied by the APC chairman, Governor Mai Mala Buni. Others present at the event included Governors Gboyega Oyetola of Osun, Yahaya Bello of Kogi, and Hope Uzodimma of Imo (the chairman of the Campaign Council for the Anambra November gubernatorial election).

Governor Babajide Sanwo-Olu, Boss Mustapha, Secretary to the Government of the Federation, and George Akume, Minister for Special Duties and Intergovernmental Affairs, were also in attendance.

The APC is keen on taking over the rein of power across the predominantly Igbo South-East states. The Igbos have often accused Mr Buhari of marginalising the region. The president has done little to refute the claim with his infamous statement that he would support states according to the percentage of their votes in his favour.