Igbos victims of mistaken identity, they should praise Buhari for developing South-East: Uzodimma

Mr Uzodimma also mentioned that the South-East had every cause to appreciate what President Muhammadu Buhari has done for the zone. 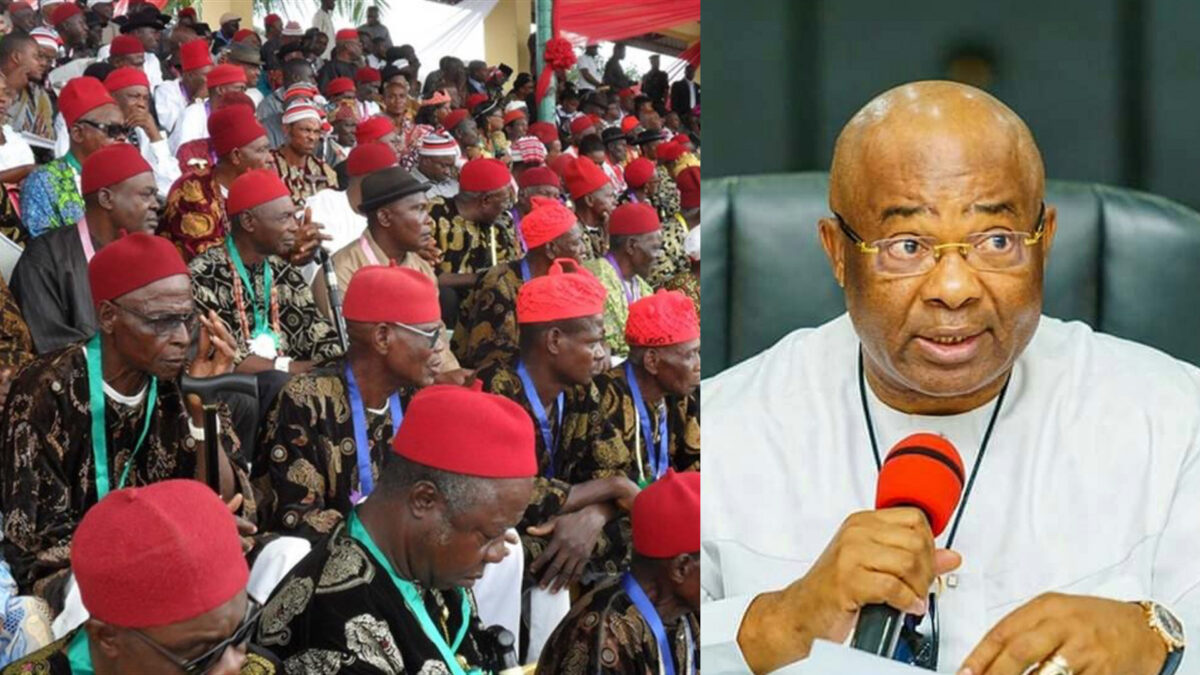 Igbos and Governor Hope Uzodimma used to illustrate the story

Governor Hope Uzodimma of Imo has declared Igbos in Nigeria “victims of mistaken identity” and charged them to stand for their rights. He also told the Igbos to commend President Muhammadu Buhari for developing the region.

The APC governor stated this during a seminar organised by the ruling party for its candidates in Owerri.

He said, “The Igbo people have been a victim of mistaken identity. There is the need for the South-East to take their destiny in their own hands because if you don’t say I am, nobody will say you are.”

According to him, APC will triumph in the South-East in the 2023 general elections because it is the only party with structures in all the 774 local government areas of the country.

Mr Uzodimma, also the chairman of APC Presidential Campaign Council in the South-East, stressed that “APC is already winning and will win in the South-East because APC is the only political party that has party structure at the polling units and booths in all 774 LGAs of the country.”

The Imo governor further stated the seminar was aimed at planning successful electioneering campaigns for the 2023 polls.

“The participants must carry others along as they cannot lead or win elections in isolation,” he said.

He also mentioned that the South-East had every cause to appreciate what Mr Buhari has done for the zone in his almost eight years as the president of Nigeria.

The Imo governor cautioned APC members against deceit by groups who often claim to support the South-East presidency after they failed to support aspirants from the zone at the presidential primaries of the APC.