Don Jazzy, who now often feature in comedy skits, took to is Instagram page to hit back at his critics on Tuesday. 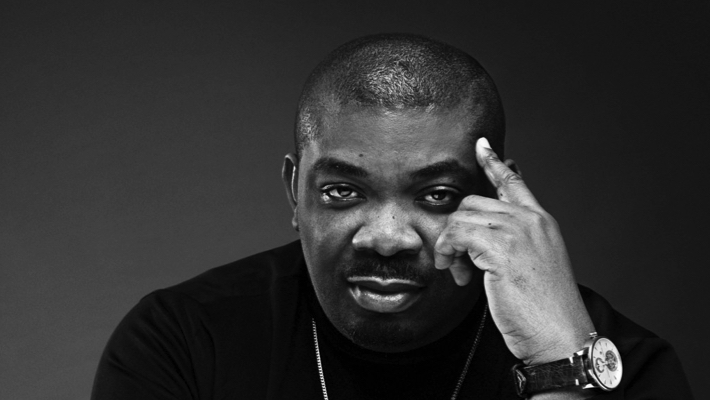 A photo of Don Jazzy used to illustrate the story

Popular music producer Don Jazzy lashed out at those criticising him for featuring in comedy skits, calling them ignorant “shallow brains.”

Don Jazzy, who now often feature in comedy skits, took to is Instagram page to hit back at his critics on Tuesday.

He said only people with shallow brains do not respect skit makers regardless of the hard work they put into their production.

“I see a lot of ignorant comments like ‘don jazzy, na ordinary skit him dey do now’.

I see how some people’s shallow brains won’t let them rate or respect these hardworking skit makers.

I laugh at those types of people cos that’s how they carry last,” Don Jazzy said.

He further said he knows skit makers put in much hard work in the production of their skits that are regarded as “just skits.”

“Na ordinary skit @mrmacaroni1 take put @obi_cubana and me and Poco Lee in one skit.

“I have been around these guys enough to let you guys know that the amount of hard work these guys put in their ‘just skit’ is out of this world.”

In a special report by Peoples Gazette, the growing strides of skit makers were highlighted.

Many of these actors who often present their comedic skits around a particular theme have been noted to be permeating the conventional Nigerian film industry, Nollywood.