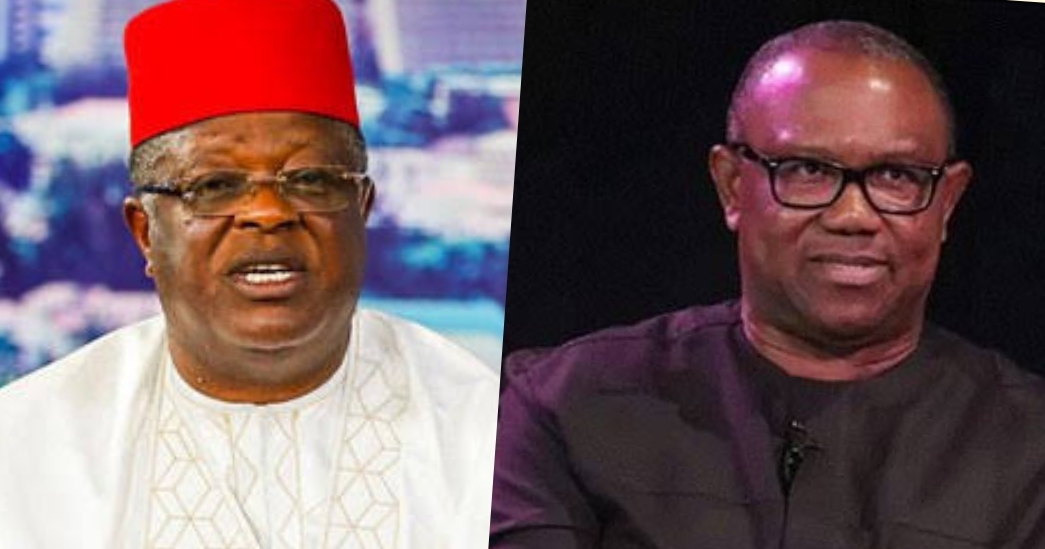 Governor David Umahi has vowed to work against the 2023 presidential ambition of Peter Obi, a movement he described as being “anchored on equity, justice and fairness”.

Mr Umahi said Mr Obi’s ambition “may not translate to outright win because I must defend my party; I must wish my party well and I have the ticket of my party.”

The Ebonyi governor made this statement while speaking with journalists after meeting with President Muhammadu Buhari at the Presidential Villa on Friday.

“The structure and the spread of APC is such that victory is assured and I can assure you that some of the disagreements in some states are going to be resolved,” Mr Umahi said.

Mr Umahi, who is clamouring for a president of Igbo extraction, contested for the APC presidential ticket on the same sentiment but lost to former Lagos governor Bola Tinubu.

He said that Mr Obi will get “substantial votes” in the south-east, adding that the opposition politicians’ candidacy signals hope for Igbo presidency.

“So, while my party takes the victory, he would have prepared a very good ground for the south-east presidency, so that nobody is going to write us off.

“And you can see the level of his acceptability, which does not translate to victory over APC. I’m sure of that.

“But it’s a good movement. And it reassures the south-east people and the entire country that we are accepted, you know; that we will one day become the president of this country. It is very important,” Mr Umahi said.

A former Anambra governor, Mr Obi has garnered huge support and followership among Nigerians who see him as a better alternative to other candidates.

The candidate of the Labour Party will be up against Atiku Abubakar of the Peoples Democratic Party, Mr Tinubu of the ruling APC and a host of other candidates.