The court ordered the resident doctors to call off the strike pending the determination of the substantive suit. 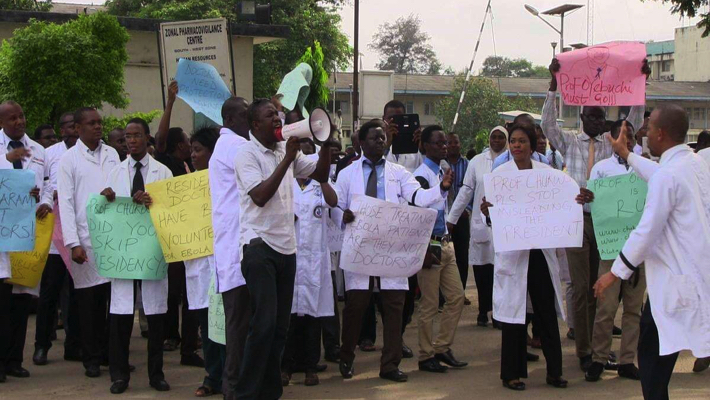 The National Industrial Court Abuja has ordered striking members of the Nigerian Association of Resident Doctors (NARD) to return to work pending determination of the suit.

Counsel representing the federal government, Tochukwu Maduka, had moved a motion asking the court to mandate the striking doctors to end the strike and return to work.

Mr Maduka had asked for the striking doctors in all states of the federation to “suspend the said industrial action commenced on August 2, 2021, and resume work immediately pending the determination of the substantive suit.”

He had also prayed the court to restrain the doctors “from further continuing with the industrial action embarked on August 2, 2021, contrary to Section 41 of the Trade Dispute Act Pending the termination of the Substantive Suit.”

“In vehement opposition to the application before court, the defendant filed a counter affidavit of 17 paragraph deposed before the registry of this court on August 31,” Mr Ariyo argued.

However, Mr Maduka counter-argued that the defendants cannot oppose an application they have appealed.

“The same defendants urging you not to hear the application have appealed that ruling. In a very abusive manner, they filed a stay of execution before you.

“And they are the same people coming here to say that we shouldn’t discontinue so we can proceed to hearing the motion on notice,” Mr Maduka said.

In his ruling, Justice of the court, Bashir Alkali, ordered the striking doctors to return to work.

“I hereby grant an order of interlocutory injunction that members of NARD are restrained from further continuing the strike pending determination of the substantive suit,” the judge ruled.