Items recovered in the four-room bungalow were locally made pistol, shrine, charms, concoctions, indian hemp, among other incriminating materials. 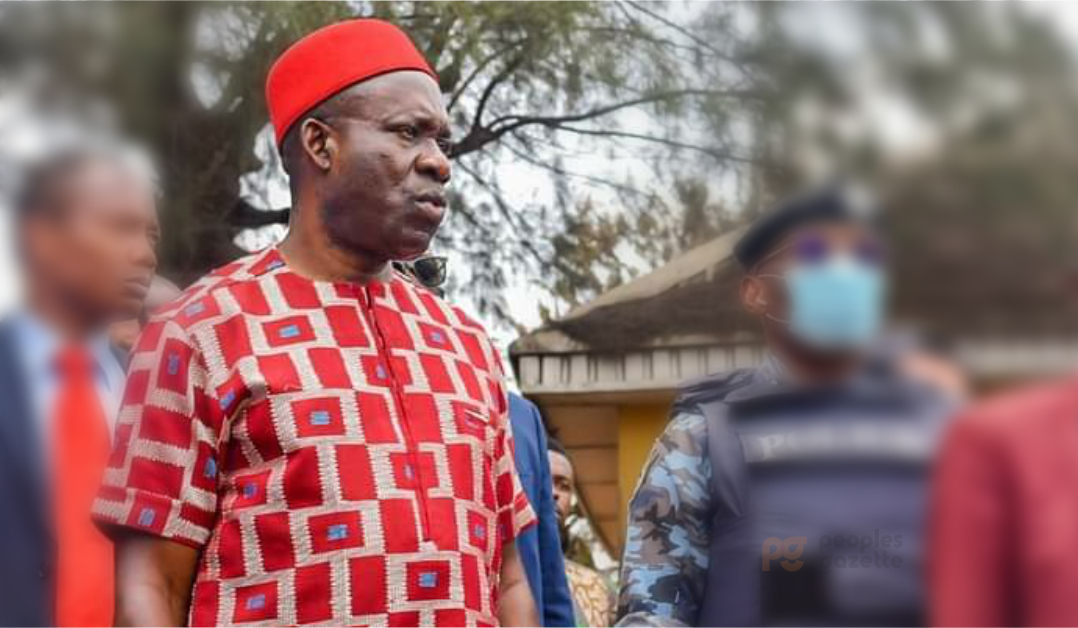 The demolition was executed during a raid by a joint operation team of vigilance groups, Police, Army, Navy and operatives of the State Security Service on Friday.

The building, an old four-room bungalow, was located in the heart of the community with surrounding houses.

Some of the items recovered were locally made pistol, shrine, charms, concoctions, indian hemp, among other incriminating materials.

Commenting on the demolition, Governor Chukwuma Soludo said previous swoop on the building had led to the rescue of a Catholic Reverend Father and recovery of his car alongside two other kidnapped victims who were held in custody.

Mr Soludo commended efforts of the joint security force, saying the demolition exercise would serve as a deterrent to other criminals.

He said it had been established that the building demolished was being used as a den of criminal activities, and that the action was in line with his administration’s policy, not to allow criminality to reign in the state.

The governor said Anambra Kidnapping Law, empowered the government to confiscate any building, forest  or location which had been identified as location for kidnapping, and do with it what it wished.

He applauded the cooperation by some people in the state who volunteered information, while urging residents to report suspected activities in their neighbourhood.

He said the complicity of silence must be condemned, and assured that there was no hiding place for criminals in Anambra.