Nigerian Security and Civil Defence Corps (NSCDC) says it will train 3,000 secondary school teachers in Ogun amid the frequent schoolchildren abductions in the country. 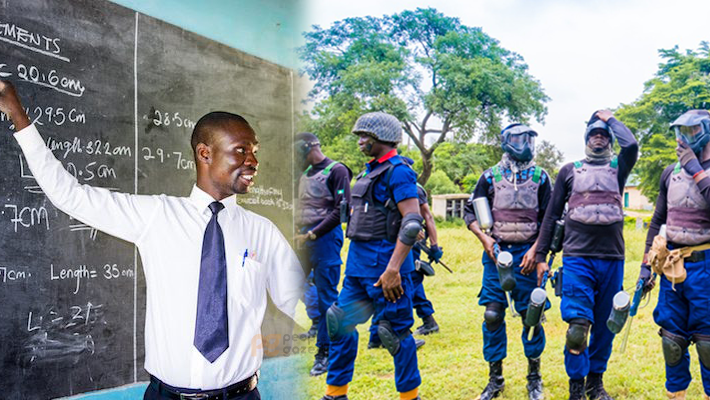 The Nigerian Security and Civil Defence Corps (NSCDC) says it will train 3,000 secondary school teachers in Ogun amid the frequent schoolchildren abductions in the country.

The commandant urged residents of the state to take advantage of the ongoing free public security education provided by the agency, stating that the best form of security “is the one provided by oneself.”

Mr Abodunrin added, “Our next target is to train 3,000 secondary school teachers in the state before the end of this term.

“The training will take place at different zones, and we shall also monitor the teachers to ensure that they replicate the training among the students.”

The NSCDC Ogun command stated this on Monday as it decorated no fewer than 607 newly-promoted operatives with their new ranks. The ceremony held at the command’s permanent site along Kobape Road in Abeokuta.

The newly decorated operatives were officers who passed the 2020 promotion examination.

Commandant Hammed Abodunrin described the 2020 figure as unprecedented in the Ogun command history, recalling that 209 officers passed the 2019 promotion examination.

Mr Abodunrin explained that the development was “a promise kept” by the Commandant-General of NSCDC, Ahmed Audi.

“The new commandant-general has said the welfare of all NSCDC personnel was paramount to him, and he has demonstrated it through his approval for this exercise in all our commands nationwide,” he said.

Mr Abodunrin further stated that the promotion exercise became necessary to appreciate the officers’ efforts and motivate them to perform better.

Mr Olanipekun pledged to further contribute his quota to the attainment of NSCDC’s goals.

He called on other beneficiaries to be humble and mentor their subordinates rather than use their new positions to oppress them.