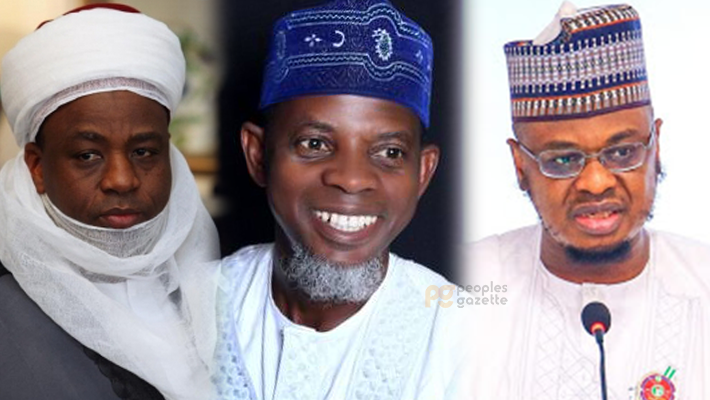 He, however, noted that the religion did not support such marriage if it exposes the wife to dangers.

Mr Onike, who doubles as NASFAT chief missioner, stated this in Lagos at a press conference and campaign to halt violence against women and girls in the country.

The campaign, ‘Ending Violence Against Women and Girls,’ was organised by NASFAT with support from UNICEF under EU-UN Spotlight.

According to NASFAT’s boss, what matters in a marriage is the couple’s ability to shoulder their marital responsibilities.

Mr Onike insisted that the Islamic scripture was clear about marriage instead of using contemporary standards to determine it.

“Self-evident truth is what the scripture says in this regard. If medically a child, because of age, is exposed to sexually transmitted infections, death at childbirth, such marriage is unjust,” stated the NASFAT leader.

He pointed out, “As a person, you must be seen to be promoting mercy and any form of violence against women and girls. God frowns at it.

“The women around us should be cherished and protected in all that we do as a people, for without them, humanity is threatened.”

Mr Onike charged the campaigners to work hard to ensure that violence against girls and women is eliminated in society.

The lead project officer for NASFAT-UNICEF-EU-UN Spotlight Initiative, Ganiyat Babalola, who declared open the campaign, said that violence against women and the girl child was the responsibility of all to stop.

Mrs Babalola described the high rate of domestic violence against women in society as alarming.

She added, “By speaking out, help will definitely come, and through such the menace will fizzle out.

“As an organisation, we are working in partnership with the Federal Ministry of Women Affairs, the Nigeria Police, and others to ensure that culprits contended with the law of the land.”

She further explained, “Although, there are challenges in prosecuting offenders as some victims are under family and societal pressure not to come up with information that will nail persons charged.”