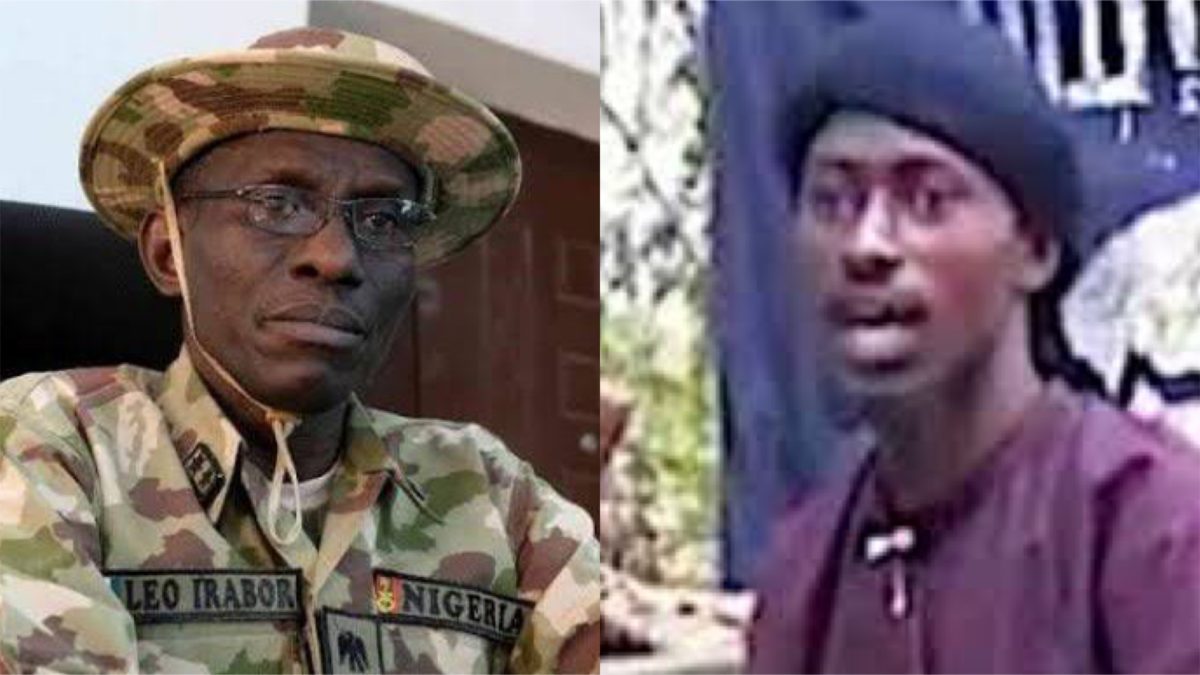 A composite of Defence Chief Irabor and Abu Musab Al-Barnawi

“I can authoritatively confirm to you that al-Barnawi is dead. As simple as that.

He is dead and remains dead,” Mr Irabor told reporters without further details on Thursday.

Mr al-Barnawi, son of Boko Haram founder, Mohammed Yusuf, rose to prominence among insurgents after a fall out with his father’s successor, Abubakar Shekau,  in 2016.

Mr Shekau himself was reported killed earlier this year during an infighting between ISWAP and Boko Haram. Peoples Gazette could not independently confirm his death.

Mr al-Barnawi had reinforced ISWAP’s grip in Nigeria’s North-East and the Lake Chad region after Mr Shekau’s death, although enclaves of Boko Haram faithful have fought back.

Before reportedly detonating his explosive vest during a skirmish with ISWAP in May, Nigeria’s military published many formal declarations stating that Mr Shekau had been killed or gravely injured in a long battle that had lasted years, killed over 40,000 Nigerians, and displaced millions.