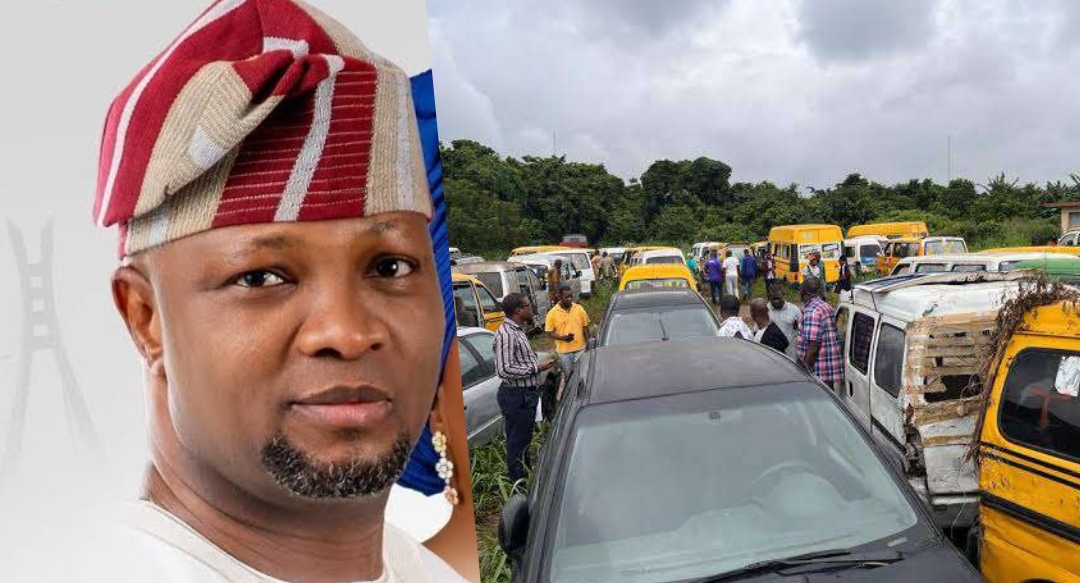 Governorship candidate of the Peoples Democratic Party (PDP) in Lagos, Olajide ‘Jandor’ Adediran, has condemned the auctioning of vehicles belonging to traffic offenders.

The PDP governorship candidate, however, kicked against reckless driving and violation of traffic laws.

Mr Adediran and his running mate Olufunke Akindele, were visiting two drivers whose vehicles were auctioned for traffic offences on Friday, when he described the measure by the state task force as “harsh punishment of taking offenders’ means of livelihood”.

The drivers, identified as Lateef Kolapo and Osinachi Ndukwe, were given cash gifts by Mr Adediran and his running mate to ameliorate their condition.

Narrating their ordeal, Mr Kolapo said his vehicle was driven by his mechanic while he was at the hospital and Mr Ndukwe said he was imprisoned for three months for traffic offence while his vehicle was still impounded and auctioned.

“My role as a police officer is to carry out enforcement exercises, one of which is confiscation of vehicles for traffic offences, and handing them over to the mobile court for judgement.

“I don’t determine the fate or outcome of any vehicle brought before the magistrate in court,” Mr Jejeloye said.