The forum had solicited the support of the media for fair reportage of the 2023 electioneering processes and the inclusion of more professionals in governance. 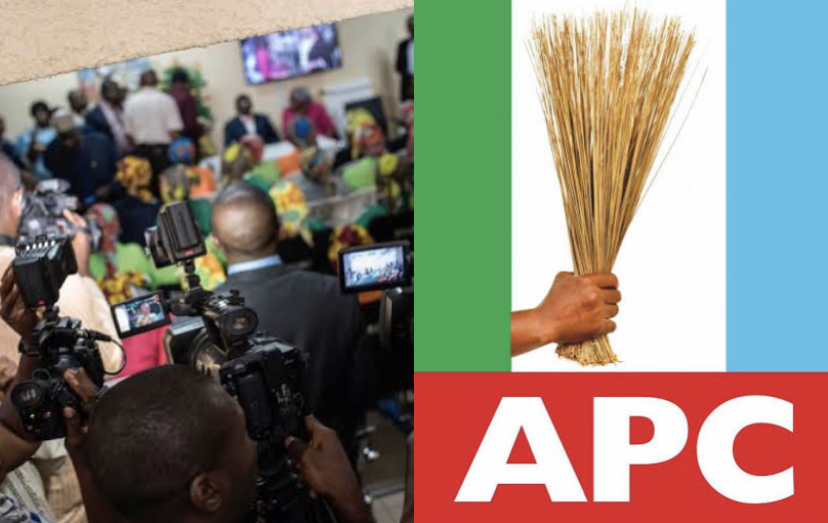 The All Progressives Congress (APC) Professionals Forum says it is uncharitable for a section of the media to present President Muhammadu Buhari regime as doing virtually nothing “when it was obvious that there had been a lot of positive changes since 2015.”

The forum’s acting Board of Trustees (BOT) chairman, Nkem Okeke, said this according to a statement by Akeem Akintayo, the national coordinator of the forum.

“What we have seen is capable of calling to question the professionalism that Nigerian journalists are known for,” he stated during an advocacy visit to the leadership of the Nigeria Union of Journalists (NUJ).

Mr Okeke said the media, as the fourth estate of the realm, should be projecting such positive achievements.

The forum had solicited the support of the media for fair reportage of the 2023 electioneering processes and the inclusion of more professionals in governance.

Mr Okeke told the NUJ resident, Chris Isiguzo, that the media needed to be fair to all in the run up to the 2023 general elections.

“As a registered professional group in APC, we are not asking the media to skew their reports in favour of our party.

“All we are demanding is responsible and fair treatment of issues concerning the party,” the statement quoted Mr Okeke as saying.

He added that judging by what the current administration had achieved since assuming office seven years ago, there was no doubt that there were several positives.

Mr Okeke said the media, as the fourth estate of the realm, should be projecting such positive achievements.

Responding, Mr Isiguzo said that he had always favoured developmental journalism and would never subscribe to unfair treatment of any political party in the media space.

He assured fair treatment for all political parties in the run up to the coming elections, adding that the Nigerian media would not relent in displaying professionalism in their duties.

“But, let me add here that there are people out there masquerading as journalists and these are the ones responsible for the trend of fake news,” he said.