The community is home to Sunday Igboho, a separatist agitator pushing for Yoruba secession from Nigeria. 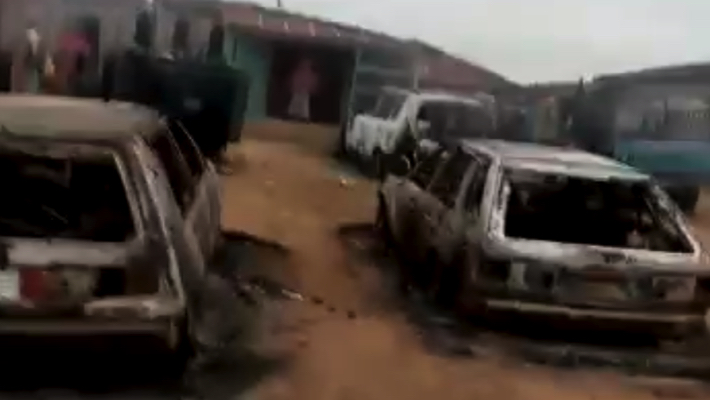 Suspected herdsmen in a fresh attack on Sunday morning killed no fewer than 20 residents of Igangan in Oyo State, witnesses told Peoples Gazette.

The gunmen reportedly struck the community at midnight, killing, maiming and ultimately setting houses ablaze, including the palace of the monarch in the agrarian town and a filling station.

The violence came barely a week after the chairman of Amotekun Corps in the state, Ajibola Togun, raised an alarm that some herders were planning to unleash terror on the six states across the South-West.

The community is home to Sunday Igboho, a separatist agitator pushing for Yoruba secession from Nigeria. Mr Igboho held a rally in the community recently that turned violent. He denied culpability in the mayhem that left many killed and assets destroyed.

Governor Seyi Makinde confirmed the attack on Twitter Sunday morning, describing the attack as shocking and urging residents to remain calm as security operatives have been mobilised to the community to restore order.

Tunji Omolewu, a former councilman in Igangan, told Vanguard that he counted about 20 corpses.

“I got the call around 11 pm. We were on our way from Ekiti where we had gone to do the Yoruba nation rally. I got to Ibadan around 12 am and when the calls did not stop coming, I decided to come home. I have counted more than 20 dead bodies,” he told the Lagos-based daily. “The palace of our monarch was torched. Adolak filling station too was burnt.”

A resident said that the attackers came with 20 motorcycles around 11:00 pm and started stabbing and shooting residents.

Another local politician Yemi Akinlabi said: “It is so sad. Only a few days ago, our people got an intelligence report and forwarded it to the appropriate quarters for actions but here we are today. Are we going to continue to live in fear in our land?

“I have spoken to General Toogun about last night’s incident and we would want him and his team to do something. Our people must not be allowed to resort to self-help.”

A spokesman for the police in Ibadan did not immediately return a request seeking comments about the attack.