Mr Tinubu left for London on January 28, three weeks after declaring his readiness to contest for president in 2023. 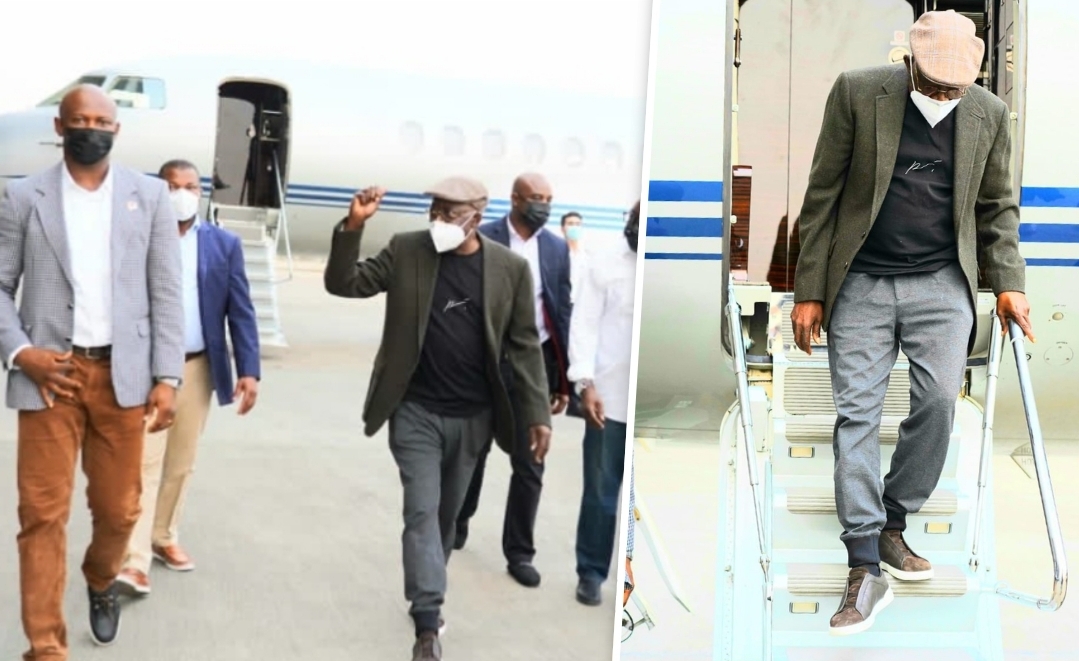 Bola Tinubu has returned to Lagos after spending 10 days in London on a campaign and consultation trip.

Mr Tinubu arrived at the private wing of the airport at the nation’s commercial capital on Sunday afternoon. His aides, including Tunde Rahman, were with him.

Mr Tinubu left for London on January 28, three weeks after declaring his readiness to contest for president in 2023.

Mr Tinubu has been seen as a frontrunner for the ruling party’s presidential ticket, prompting widespread concerns about his medical conditions when he suddenly travelled to London.

Many Nigerians said Mr Tinubu’s trip bore stark similarities with President Muhammadu Buhari’s activities in the run-up to the 2015 presidential election, when he was travelling frequently to London under different explanations.

The Nigerian leader, following his election, made several trips to London for medical treatments, including some that lasted months.

Mr Tinubu has insisted that he’s in good health, urging Nigerians to give him a chance to use his wealth of experience to navigate the country out of its current hard times.