Benzema is the sixth high profile French player to be ruled out of the Qatar World Cup after Paul Pogba, Christopher Nkunku, Mike Maignan, N’Golo Kanté and Presnel Kimpembé. 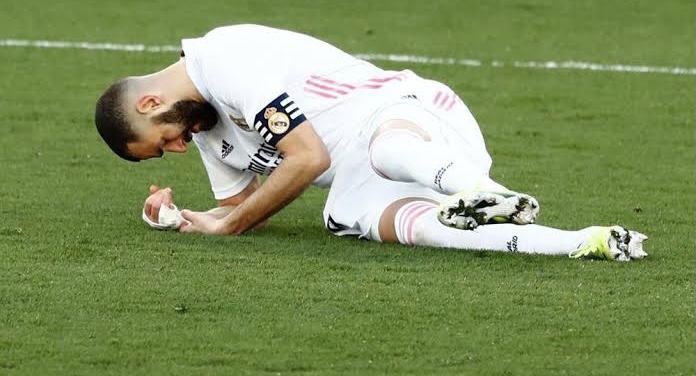 French forward Karim Benzema has been ruled out of the 2022 FIFA World Cup in Qatar after picking up an injury 24 hours before the opening ceremony of the tournament, the France Football Federation (FFF) has confirmed.

Benzema was forced out of France training earlier on Saturday after tearing a muscle in his left thigh, sending a huge blow to the reigning champions in their bid to defend the prestigious title they won in Russia four years ago.

With a three week recovery timeframe, it abruptly brought an end to the attacker’s World Cup dream.

“Karim Benzema is out of the World Cup,” the FFF said. “After hurting the quadriceps on his left thigh the Real Madrid striker is forced to give up on taking part in the World Cup.”

He became the sixth high profile French player to be ruled out of the biggest football showpiece in the world after Paul Pogba, Christopher Nkunku, Mike Maignan, N’Golo Kanté and Presnel Kimpembé

“He went for an MRI scan in a hospital (clinic) in Doha, which unfortunately confirmed a tear,” the FFF added.

Benzema wrote on Instagram: “In my life I have never given up but tonight I have to think about the team, as I have always done, so reason tells me to leave my place to someone who can help our group make a good World Cup. Thank you for all your messages of support.”

France coach Didier Deschamps has the option to name a replacement for the injured striker before their opening game of the competition against Australia on Tuesday, with Monaco forward Wissam Ben Yedder and Manchester United’s Anthony Martial now viable options.