The president said the protesters were “criminals and murderers” sent from abroad to destabilise his government. 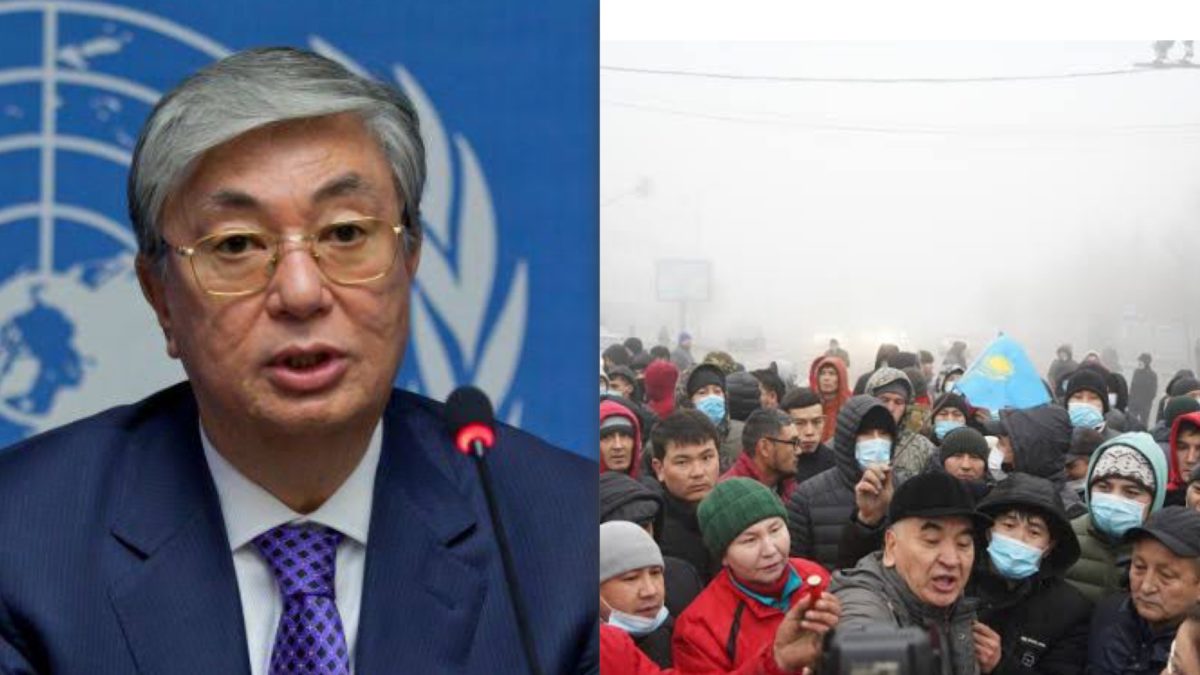 A composite of Kassym-Jomart Tokayev, protesters in Kazakhstan used to illustrate the story

“I have given orders to the security forces and the army to open fire without warning,” Mr Tokayev said, rejecting international calls for dialogue.

“What stupidity! What kind of negotiations can there be with criminals and murderers?’’ the president queried.

Mr Tokayev claimed that 20,000 bandits had attacked the country’s biggest city, Almaty, where the violent unrest has been particularly fierce in recent days.

He also said the terrorists were directed from abroad, though he did not elaborate.

On Friday morning, state television reported that 26 demonstrators had been killed and over 3,000 arrested since the unrest began.

Officials said that at least 18 members of the security forces had also lost their lives.