In Buhari the Fulani died 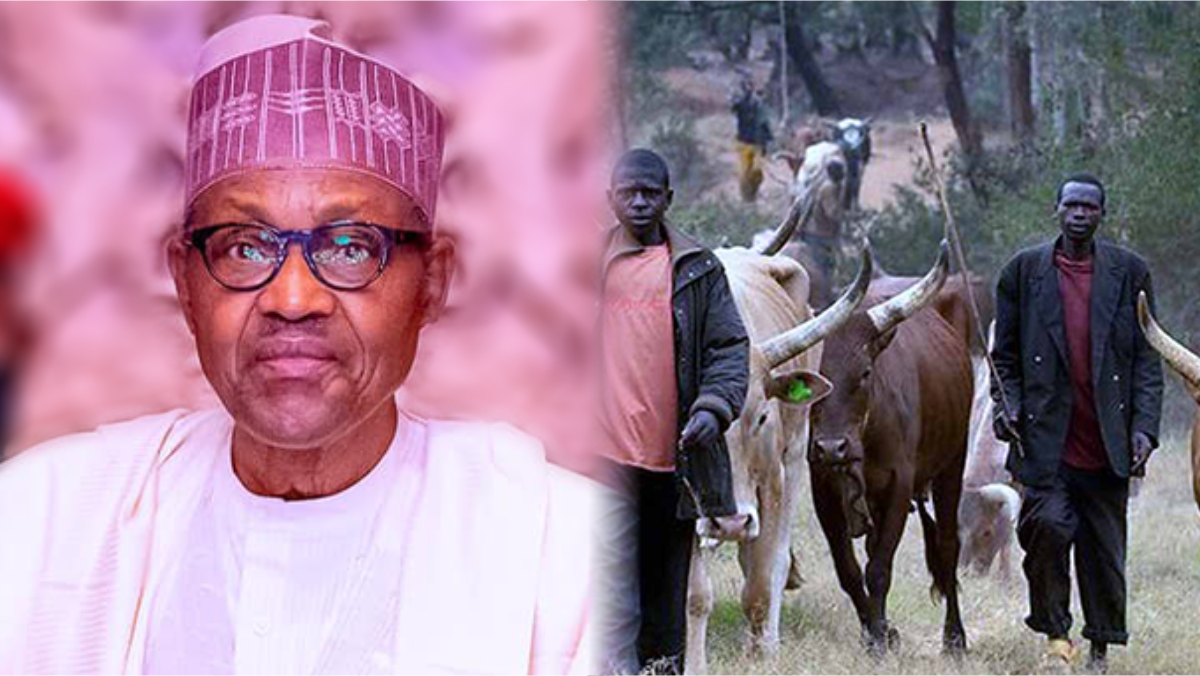 On January 13, 2018, Sanusi Lamido Sanusi, the deposed Emir of Kano, reeled out, in an interview with the Punch Newspapers, the members of the Board of Trustees of Miyetti Allah Cattle Breeders Association (MACBAN) to include himself, Sultan of Sokoto, Emir of Zazzau, Lamido of Adamawa, Emir of Katsina, etc. Even though Sanusi omitted President Muhammadu Buhari in the roll call, the media space is replete with uncontroverted insinuations that President Muhammadu Buhari is the grand patron, or at least a patron, of MACBAN.

Even if the above perception is erroneous, what cannot however be easily wished away is the President’s soft spot for the foremost Fulani pastoralists’ organisation. President Buhari is a proud Fulani and it is within his rights to openly identify with the cause of his kinsmen.

However, the manner with which Mr President has embarked on his largely innocuous projects geared towards addressing the plight of his beloved Fulani leaves much to be desired. Mr President’s method is not only very troubling in the light of the incessant farmers-herders crisis but unhelpful to the future existence and survival of Fulani in Nigeria.

Fulani are almost beginning to face an existential threat in Nigeria and this is mainly fueled by a growing hatred for the ethnic group and I am surprised Mr President is not seeing it. In a country of about 200 million, available exaggerated statistics estimate that there are just about 20 million Fulani in Nigeria, loosely translating to about 10 per cent.

Such a meagre number ordinarily should have confined the Fulani to the fringes of Nigerian politics, but that has unsurprisingly not been the case. The Fulani have successfully produced three presidents in Nigeria – Shehu Shagari, Umar Yar’Adua and of course President Buhari. I respect the ingenuity of the Fulani in moulding the North into one strong power bloc that seemed to have benefitted them to the exclusion of other ethnic groupings in the North, especially in the Middle Belt where they have been completely decapitated and rendered mere pawns in the Northern political chessboard.

The Fulani, which straddles the West African Sahel up to East Africa and Sudan, have not been as lucky in other countries, including in nearby Guinea, as they have in Nigeria. In the Republic of Guinea (Guinea Conakry), the Fulani maintain a comfortable 40 per cent of the population. They are closely followed by the Malinke (or Mandinka) with 23 per cent, Susu with 21 per cent.

Then you have the Kpelle (7.8 per cent), Kissi (6.2 per cent) and other fringe ethnic groups that make up the rest of the population. It is interesting to observe that no Fulani has ever governed Guinea since independence, irrespective of their number. The rest ethnic groups often come together during elections to deny the Fulani the opportunity to produce the president. This can be sharply contrasted with the Nigerian situation where, irrespective of a paltry 10 per cent, the Fulani have continued to dictate the tenor and form of Nigerian politics since independence. I doff my hat to the political ingenuity of the Nigerian Fulani!

But all that may soon turn to hubris if President Buhari does not gird his loins very fast. It is stunning how Mr President is fast squandering what appears to be a golden opportunity to permanently address the Fulani itinerant question. I am surprised that the president has not latched on to the opportunity the present mood of the nation offers to permanently address the long problem confronting the business of his kinsmen.

Many Nigerians, including the governors, have suggested ranching as the way out of the impasse. Others, like former President Olusegun Obasanjo, have recently suggested serious dialogue with the herdsmen. While not downgrading the potency of dialogue in this regard, my worry is that it may, just like every other thing about us, end up in talk shops that will not produce enduring solutions. We dialogued with the militants in the Niger Delta and ended up producing food for the boys where the root causes of the militancy have remained unsolved.

The Amnesty Office and the separate ministry created out of the deal only morphed into ATM machines where politicians go to satiate their avarice. Today, Ogoni has not been cleaned up, gas flaring and pollution of water are still rife while resource control continues to be elusive. It’s only a matter of time before a new monster germinates in the region.

But all factors considered, what appears to be the only viable solution to the Fulani crisis is ranching. I am mortified that President Buhari has failed to use the opportunity that the present mood offers to develop a national master plan on ranching for his brothers. The administration, I concede, has tried to come up with a number of national roadmaps on the issue but the problem therein is the suspicion that attended the plans.

Projects like cattle colony, Ruga settlement and National livestock Master Plan that tried to incorporate unwilling Southern Nigeria were designed to be dead on arrival. In a country already polarised and beset by mutual suspicion across the board, such proposals would naturally raise red flags. The sentiments of climate change and drying up of Lake Chad have been variously offered as the reason for migrations down south and this should have been employed by the government as part of the reasons for the deployment of state resources in the development of ranching infrastructures for the herdsmen in the North.

Climate change argument can qualify as a force majeure situation that can elicit government’s intervention in that area in order to save a sector confronted with threats of extinction. A thought-through irrigation master plan in the North would ensure all-year-round fodder for the livestock. Given the mood of present-day Nigeria, I see a nation that will heave a sigh of relief if President Buhari commits our commonwealth to the development of ranches for the herdsmen in the North as long as it will permanently put a stop to the killings. Including those who argue that herding is a private business and as such should be privately financed, I see a Nigeria that will capitulate in that event.

It is befuddling how President Buhari’s body language still supports the traditional, outdated, unsustainable, unproductive and extremely dangerous itinerant method of the Fulani. How can a nation be so cruel to a cow to allow it to trek for 500 kilometres from North to South where it is billed to be led to the slaughterhouse? It’s a very inhuman way of killing the cow! And when that cow is killed someone goes to buy the meat of a dehumanised cow to eat! We are all complicit in this, we must admit. The economic value chain around keeping these cattle in ranches is not what I will dissipate my energy reeling out in this article. A lot has been written in that regard.

Being a friend of the herdsmen, Nigeria is on the cusp of permanently addressing, for the very first time, a lingering national problem only if President Buhari can do the needful. If Nigeria misses this opportunity under President Buhari, it will take a miracle, at least in the foreseeable future, for us to get it sorted. Miyetti Allah, or any other Fulani group by whatever name is called, may find it difficult trusting in the future initiatives of other successive presidents in that regard.

Miyetti Allah trusts Buhari and will definitely commit to whatever plan the Federal Government of Nigeria under him has for them. Conversely, that cannot be said to be easily achievable under another administration, whether from the North or South, and experiences have shown us that such arrangement can hardly be gotten via fiat.

More importantly, if this festering issue is left unattended under Buhari, the growing sentiments against the Fulani, even though currently spoken in shush sounds because of the present occupant of Aso Rock, may soon produce unintended consequences. President Buhari has done a lot to demonstrate his unflinching love for his Fulani but none will be more demonstrable than securing a future for them and that future lies in stopping the growing hatred against Fulani.

If ranching is not adopted today as a national livestock policy, it will be done someday and by then the Fulani may be holding the short side of the stick while negotiating. That frank admonition to the Fulani to embrace ranching as the only modern way of engaging in livestock farming can only come from Buhari and the time to say it is now!